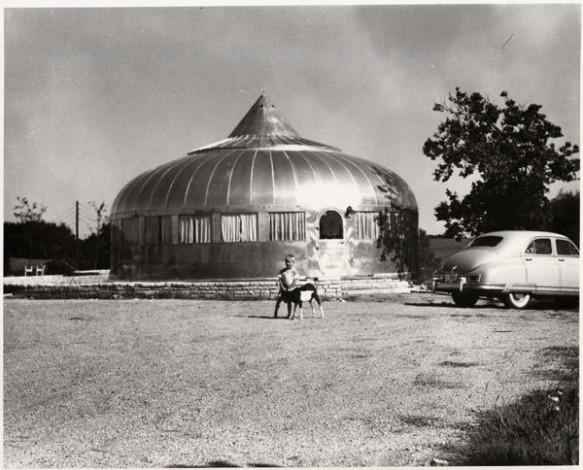 Fat Pad!!! How Much Does it Weigh?

The American citizen is not the only victim of an obesity epidemic. Since 1950, the American home has more than doubled in size, even though the number of people living in them has shrunk! And we’re packing these houses to the rafters, a fact made clear a $22B personal storage industry that stores all we can’t fit at home.

In 1927, visionary Buckminster Fuller asked the question, “How much does your house weigh?” He was defending his prefab Dymaxion House against his critics–probably the same folks who would one day bring us the McMansion. His house weighed an amazing 3.75 lbs/sq ft, which made the 1600 sq ft home only 3 tons; compare that to the approximately 60 lbs/sq ft for most homes. At ~2K sq ft, the average American home weighs around 60 tons–20 times heavier than the Dymaxion!

Even though it incorporated airplane manufacturing techniques, Bucky’s super-efficient, super-light home never took flight. But we might think about Bucky’s question again. What if we put our existence–homes, possessions, vehicles–on a scale? Would we be bathing beauties or porkers?

Do you want a better life, more money and a cleaner environment? If so, imagine your life in terms of its weight. In general, compact, lightweight homes use less energy to maintain and heat; lighter cars use less fuel; fewer possessions weigh less, cost less and use up less physical and mental space.