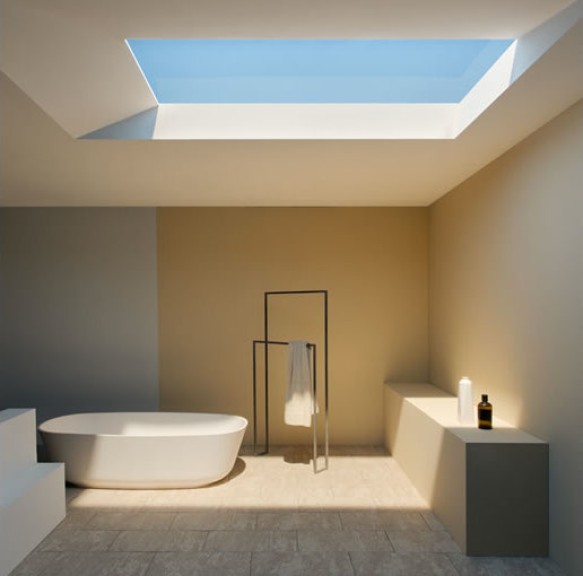 It’s Going to be a Bright, Bright Sun Shiny Day…No Matter the Weather

Getting adequate light is one of the biggest challenges of living in an apartment, especially in densely populated cities like NYC and SF where buildings block out one another’s light. In any given building, there are going to be units with crummy lighting: first floor apartments whose light is shielded by neighboring buildings, apartments that look out into sunless shafts, apartments with few windows. This situation can turn a nicely-laid-out space into a dungeon-esque hole. But the days of relying on architecture and the good fortune of landing a nicely lit apartment might be coming to a close. A concept LED panel developed by Paolo di Trapani and a team from the University of Insubria in Italy called CoeLux can perfectly replicate a cloudless sky with the help of nano-particles.

The panels actually mimic the chemistry of the sky as Gizmodo reports:

What the panel is actually imitating is the Earth’s atmosphere, a special cocktail of nitrogen, oxygen, and assorted other gases that makes our sky appear blue. Using a white LED behind a polymer screen that is coated in titanium dioxide nanoparticles, the window is able to reproduce Rayleigh scattering—the process that separates light particles into “blue” sky and “yellow” sun for our eyes.

The panels have three angles of light depending on the quality you want: CoeLux 60 for tropical light that hits more directly; CoeLux 45 for Mediterranean light that’s less direct and CoeLux 30 for “lateral,” Nordic light. Incredibly, the pictures you see here are real and untouched. 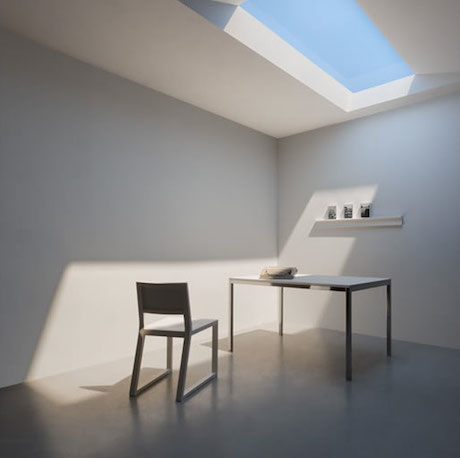 No word on the market availability of CoeLux, but it seems like they’re serious about bringing it to market. It might not be long before we’re all sitting in sunny, basement rooms on cloudy days. Though they don’t mention it on their site, we suspect you’ll soon be able to program whatever weather condition and view you want on your CoeLux “window.” Do you live in Milwaukee and want a partially cloudy day with a view of the Eiffel Tower? No problem.

CoeLux suggests other applications. They say the panels would provide relief for places like Beijing that are often shrouded in smog. This prospect seems like putting icing on mud pie–a way to avoid the consequences of poor environmental control. But what do we know?

The bigger question may be whether we should replicate nature in the first place. Would it screw up our natural biorhythms? What if the power cuts out…would we just be stuck in an unlit space? Isn’t it just kinda strange? While we don’t know the answers to any of these questions, it does bring to mind futurist Stewart Brand’s famous statement, “We are as gods and have to get good at it.” In other words, we already manipulate nature in countless ways, why not avail ourselves of technology that can make our living environments much more pleasant? What do you think?