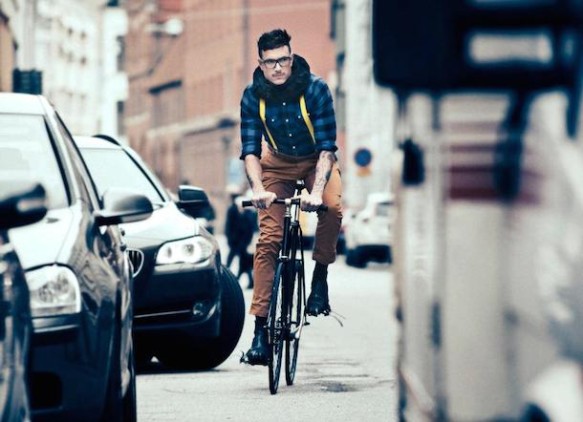 A Bike Helmet that Protects Head and Ego

It’s hard to argue that bike helmets look cool. The same molded foam that’s so useful in breaking impacts adds an unfortunate looking layer to our skulls–sorta like a hair-messing-up second-skull on top of our normal ones. What if we could get all of the protection for our heads while adding a euro-chic accessory to our wardrobe in the process? Well that’s exactly what a company called Hövding has done with their Invisible Bike Helmet.

Seven years in the making, the helmet is actually an airbag. In its normal guise, it looks like a cargo scarf, if there were such a thing. It has 200 sensors that will activate a head-covering bag with helium in 1/10 seconds. When activated, it looks like a Christo installation was erected over your head. According to Swedish insurance company Folksam, the bag has three times the shock absorbency of a standard helmet, and it received the CE safety certification–the European standard for such things. The airbag runs on a USB-chargeable battery that lasts 18 hours when turned on; battery charge will hold for 36 days when turned off. There is an on/off switch on its front and a battery charge indicator. Hövding recommends turning it on only when riding. 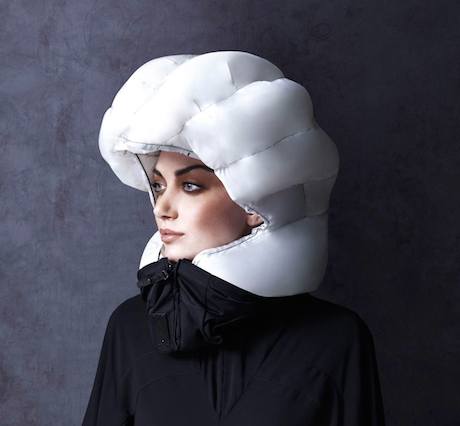 The Hövding can’t be used after it’s been crashed (normal helmets shouldn’t be either for the record). And it’s not Rasta-friendly as natty dreads (and other thick hairstyles) will prevent its proper functioning. Oh, it costs €299 (US$414).

Technologically marvelous products like the Hövding present an interesting situation. On the one hand, if we are to believe the hype (and there’s no reason we shouldn’t), they’re safer than conventional helmets; they solve the problem of improperly adjusted helmets; and they might encourage people to wear helmets who are deterred by their ungainly appearance. On the other hand, they add a layer of complexity to an object that is pretty simple; even helmets with ratchets and a million vents are really hunks of foam on top of your head. And $414 is a couple hundred dollars more than a pretty premium helmet.

With the exception motor pace cars, anything that encourages people to ride their bikes more often is a good thing, in our opinion. So in that sense the Hövding is a no brainer…or is it a brainer?