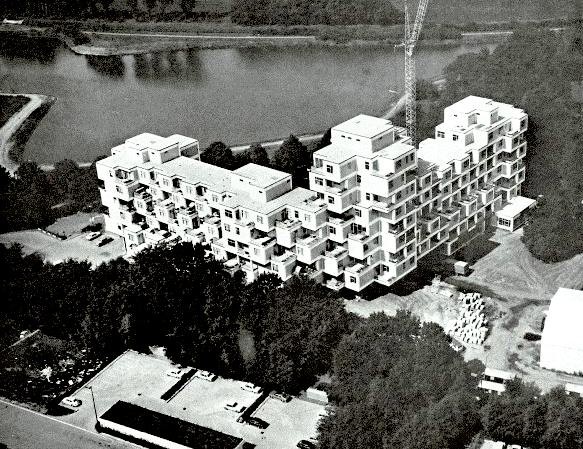 Blast From the Past Architecture that Grows with Your City

Our problems today, more often than not, are the same ones we had yesterday, albeit a day later. As such, designing the optimal urban housing–one that is easy to construct, achieves high density, that can change and adapt with its environment and residential makeup–is far from a novel pursuit. Perhaps it was the music–or the drugs–but the late sixties and early seventies presented a number of pretty daring answers to aforementioned design challenges. While lacking the Bladerunner-esque futurism of the Nakagin Capsule Tower and Habitat 67 buildings, the Metastadt-Baussystem (or Metacity Building System) is an interesting example utopian urban building construction and planning. 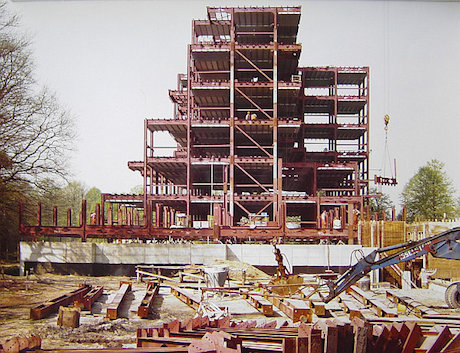 The building was completed in 1974 by Metastadt-Planungsgesellschaft mbH architects in Wulfen, Germany. Metastadt worked a little like tinker toys in that the steel, load-bearing frame was bolted together in small, uniform sections allowing virtually limitless vertical and horizontal expansion. 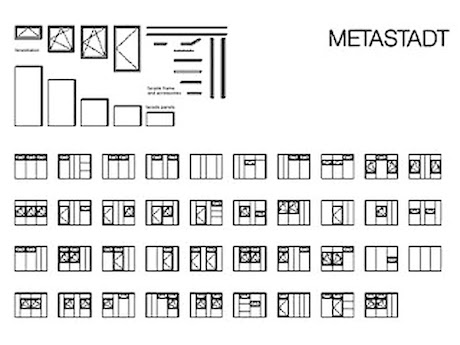 The was frame designed around a standardized module which measured 14′ L x 14′ W x 12′ H. All the walls between the modules were customizable, allowing infinite configurations; there could be windows, walls or moveable partitions (directly above are the various panel options. Unfortunately, we couldn’t locate interior shots, and overall web documentation is thin). According to the The University of Sheffield’s “Flexible Housing Project” website other features included:

Facade panels…based on a small set of interchangeable parts with a vertical and horizontal module of 0.3 metres held in position by ‘push buttons’…[and a] servicing system, which is accommodated in raised floors with a clearance of 0.45 metres.

The Metastadt concept was meant as a solution for the gradual addition of density to urban centers. The building was actually part of the Neue Stadt Wulfen, a planned community dotted with experimental architecture. The Metastadt building represented a utopian socio-architectural ideal, incorporating live, work, commercial and art spaces for residents. It was to be an example for larger buildings elsewhere in the future. Below is a model demonstrating what one of these building could have looked like with its improvised growth pattern. 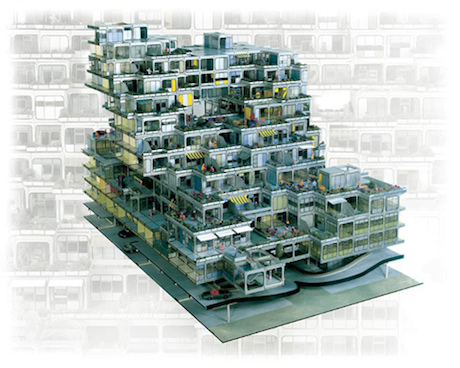 If our use of the past-tense made you predict an unhappy ending for the Metastadt, you’d be right. The coal shaft the city’s economy centered around closed and populations vanished (like many utopias). The building developed major leaks, supposedly due to cost-cutting measures, and it was demolished in 1987. There was another experimental Metastadt building outside Stuttgart, but otherwise there does not appear to be other examples of the species, which is a shame as the idea and execution is pretty cool.