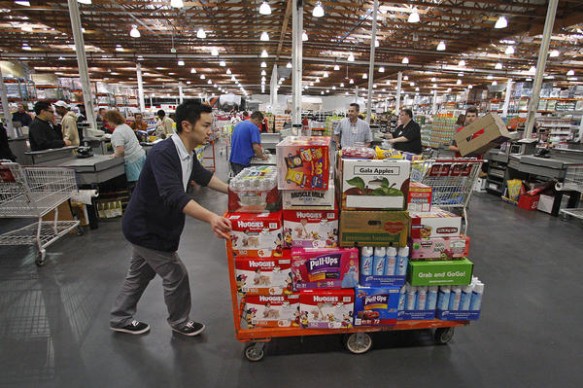 According to Nielsen, in Q4 of 2010, the average American watched 34:39 hrs of TV per week. Put another way, that’s 1.5 months per year of continuous TV watching annually.

The outstanding domestic debt of the Household and Home Mortgage Sector in 1950 was $411B (adjusted for inflation). Currently, that same figure is $9.7 trillion. While the population has doubled and home ownership and college attendance have increased, this is still an increase of over 23-times.

A new report by UCLA-affiliated social scientists called “Life at Home in the Twenty-first Century: 32 Families Open their Doors” takes a deep look at the lives behind the statistics, entering 32 Los Angeles homes to see how Americans really live. Here are some of their findings:

A complimentary piece in the Boston Globe that followed Boston families and their consumption patterns suggests that  some of the most pleasurable moments today’s Americans experience is when they are getting rid of the stuff. “I felt so light,” a woman remarked about filling a dumpster with her old stuff following a move.

So what do we do?

Just as we didn’t get into this mess quickly, we might not get out of it so quickly, but there are a few things all of us can do, right now: