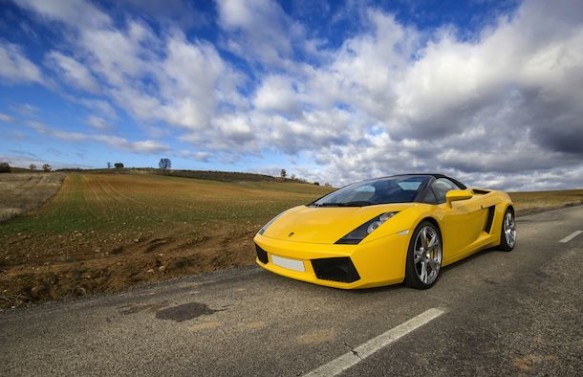 3 Tips for Transitioning Your Aspirations

As a child, few things got me more excited than cars. In particular, I loved European sports cars: Porsches, Ferraris, Lamborghinis, Lotuses and the like. I subscribed to magazines, bought books and memorized specs. Though I had a very vague idea of what a dual overhead cam was, I knew that an AMG Hammer had em.

My car-lust continued unabated until one day I learned about something called global warming. I learned that things humans did and consumed were imperiling the planet’s ability to sustain life. I learned that seemingly benign, everyday things like aerosol cans, refrigerator freon and styrofoam were in fact evil, earth-harming, animal-habitat-destroying substances–things I should stop using immediately.

But it got worse. I learned that those beloved, V8-powered, petroleum-parched cars I loved so much were one of the biggest emitters of greenhouse gasses. The things I aspired to have were destroying the planet.

My situation was far from unique. Many of the popular objects and activities held up as signifiers of success were revealed as net harmers to the planet and the people who live here. Turns out that sparkling jewelry is manufactured by slave labor. Dye runoff from our favorite fashion company’s factory contaminates Bangladeshi groundwater. That fancy designer house in the woods creates sprawl and consumes far more resources than that drab coop in the city. Even the jets that take us to exotic ports of call are acidifying the ocean.

And therein lies one of the bigger challenges of making significant life changes: letting go of aspirations, desires and ideals that no longer align with where we want to take our lives.

These things can be pretty hardwired. For years, we have associated particular stuff with success and happiness, even when these associations are purely a construct of an advertising campaign. A Louis Vuitton handbag (a real one) means you’ve made it. But the more we learn, the more we realize that popular belief doesn’t make something true. As Anthony De Mello put it:

There is only one cause of unhappiness: the false beliefs you have in your head, beliefs so widespread, so commonly held, that it never occurs to you to question them.

Letting go of these associations–in the interest of personal and global welfare–often requires replacement. A sports car is replaced by a hot bike. A big mansion with a tiny house. Carrie Bradshaw with Courtney Carver. But we caution to say that these things–though an improvement–can become more refined versions of the old, politically incorrect stuff we used to aspire to have.

If your old aspirational models are bringing you down, here are a few suggestions that might help replace and/or let them go: