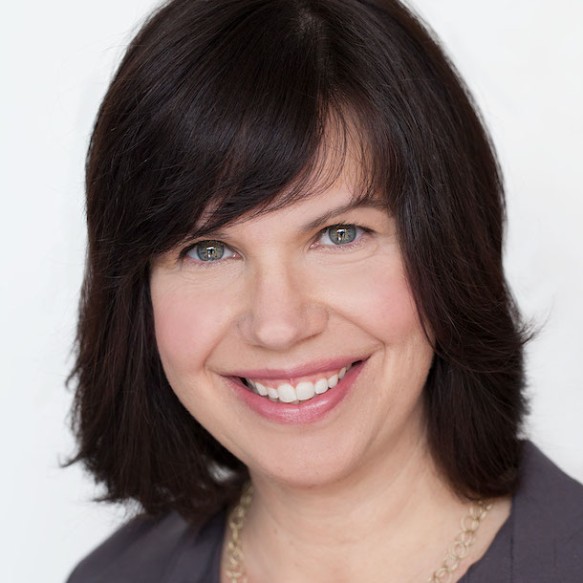 Courtney Carver is one of the leading voices in minimalist living. Her blogs Be More with Less and Project 333 have shown millions of readers “how to create a life with more savings and no debt, more health and less stress, more time and less stuff, and more joy with less obligation.”

We spoke to Courtney by phone to find out more about what she does and how we might all simplify our lives, letting in more happiness and less stuff.

David Friedlander: What inspired you to start Be More with Less and Project 333?

Courtney Carver: My journey started in 2006 when I was diagnosed with Multiple Sclerosis. It was big wakeup call. Prior to that, my life was go go go. But learning how stress impacts MS and overall health inspired big changes in my life. Simplicity was at the heart of every change.

After a few years, things had gotten so much better that I wanted to share my experiences. In May of 2010, I started Be More with Less to share general strategies to live more simply. Later that summer, I launched Project 333 [the projects asks people to use only 33 items of clothing or less for a three month period. More info here.] as a way to create accountability for simplifying, both for myself and my readers.

Where you start isn’t as important as that you start.

At the time it seemed like a big challenge. When I started, I had clothes everywhere, but I had lots of support. Before I even finished the first three month round, there were hundreds of people blogging about it. I am still dressing with 33 items or less and have pared down all of the extras. What seemed like such a big deal at the time feels really easy now.

The idea isn’t about getting rid of what you need, but instead using fewer items to identify how much you really need. Based on Project 333 participant’s feedback, in almost every instance, no one feels like they’re not happy enough or don’t have enough. Quite the opposite, they’re happy because they don’t have to deal with as much stuff.

DF: How has it improved your life?

CC: The biggest benefit is that I am happier and healthier. I’m largely symptom free. My relationships have improved because I’m not as stressed out, busy and focused on things that aren’t important. I don’t shop like I used to and have managed to save money and become 100% debt free. Less financial overhead allowed me to leave my job in 2011 become a full time writer and consultant. This would not have been possible had i not simplified my life and redefined what’s important to me.

DF: Project 333 focuses a lot on fashion–an area that is typically more focused on women. I have heard that women spend 80 cents of every household dollar. What are your thoughts about the sex divide with accumulating stuff?

I must say I’m not an expert in this area, but if I had to guess, in many cases, women are making the majority of household spending decisions. So that’s one aspect.

There’s also the fact that marketers are targeting the majority of their campaigns to women. I think women are more likely to buy something to feel better–probably more so than men–whether that’s a massage, dress, a coat, whatever. You never see a movie like “Confessions of a Shopaholic” where a man is the main character. There’s also a huge industry built around women improving their appearance–beauty products. haircuts, etc. I’m sure that contributes to it.

I don’t think there’s anything chemically different in women that make us shop and spend more. We do it maybe because our moms did it or our friends do it. When we’ve been raised in that culture, it can be a big step to change.

DF: Many people claim that minimalism and downsizing are much more difficult with a family. You have a teenage daughter. What would you say to people who say it can’t be done? How do you counter the forces that urge people to accumulate stuff?

CC: Any change you make is going to be more challenging with other people. It’s easy to make radical changes when no one is affected by the changes you make. But that’s not the way most of us live. We have partners, families and children.

The easiest way to start is with your own stuff. Lead by example. After that, you can start having gentle conversations about how it would benefit the family. Talk about the why’s of downsizing. For example, focus on the things you can do if you’re not taking care of your stuff. If we have a smaller house with less to maintain, we can spend more time hiking. If we don’t shop as much we can get rid of our debt. Include your family, but don’t worry about convincing or converting. These changes can happen slowly and that’s ok.

DF: How do you think design–interior or otherwise–factor into living a life of being more with less?

CC: The main thing is that design becomes more functional in living spaces. When you think about design only from an aesthetic standpoint, you end up with stuff you don’t need. When really doing more with less, you have to think about what works well. That doesn’t mean a space has to become a white box with nothing in it. That said, the process is interesting, the things you thought you liked before in terms of design change. You get used to the less chaotic.

DF: For people looking to simplify their lives, where would you suggest they start?

CC: A great way to start is deciding to make one small area a clutter-free sanctuary. Just focus on that one area. If you like that one non-chaotic area, make another. Where you start isn’t as important as that you start.