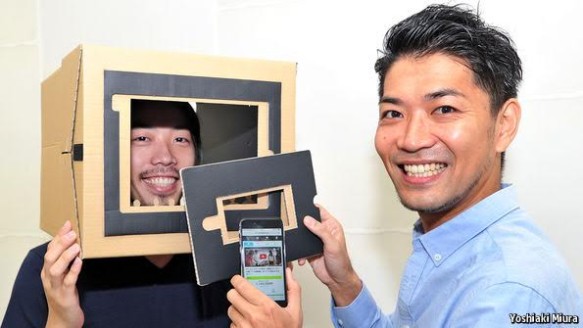 Will Virtual Rooms One Day Replace Real Ones?

Coming from a classical physics perspective, reality “exists” in a material sense. Our perception of a chair is a function of its materiality: we perceive the chair because it has mass and volume and form in time and space. But coming from a theoretical physics perspective, the chair has a relation with our perception of it, and some would argue that the chair may not even exist without our perception of it. Even if the chair does exist without our perception, it is not useful without that perception. If we cannot see and touch a chair, for all intents and purposes, it does not exist. Now, let’s say we could do away with materiality altogether. What if we could go straight to perception? More to the point, what if virtual reality technology could manufacture perceptions of objects and spaces–visually, auditorily, tactilely–without going through the nasty process of constructing them?

We have explored a couple different ideas in virtual spaces in the past. Bernardo Schorr’s Mixed Reality Living Space was a small box with projector screen walls that showed myriad interior possibilities. A little more earthbound was CoeLux, which created a virtual window that was actually a sophisticated electric light that replicated the effects of natural light on human perception. And we just came across the Solo Theatre from Japan, whose somewhat crude cardboard box structure belies the far reaching implications of what defines “space.”

Solo Theatre is a box that’s thrown over your head (pictured at top). A slot in the front has space for an iPhone, making it, in effect, a private viewing room. The Solo Theatre is, according to the Economist, a reaction to the diminishing size of Japanese homes. They write:

The average Japanese apartment has dwindled from 70 to 60 square metres over the past decade, so that people are even more on top of each other…Japanese must don a public mask for their hierarchy-bound, open-plan offices, and a second face for their families. Turning to small, private boxes at home is their way of searching for a “third space.”

In theory, if someone had one of these boxes on her head, she could: A. make a private screening room in the smallest of spaces; B. if living in a shared space, the box could make a statement as clear about the desire for privacy as sitting behind a locked door would; C. look pretty funny (at least in today’s world). 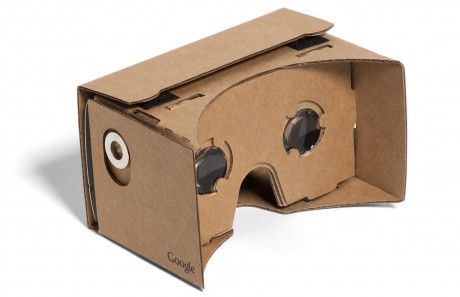 Google Cardboard had a similar concept, though its handheld design seem more cut out for occasional viewing versus full on escape. The upcoming Oculus Rift VR system will surely bring with it numerous possibilities in virtual space construction.

The promise–and maybe nightmare–of all these technologies is that we can create the perception of amazing realities without the resource intensive process of constructing them. We could have the perception of being in Versailles living in a tiny house (though we might bump into walls). In the more immediate future, something like the Solo Theatre, which creates an immersive VR room, without a single 2×4 or panel of sheetrock.