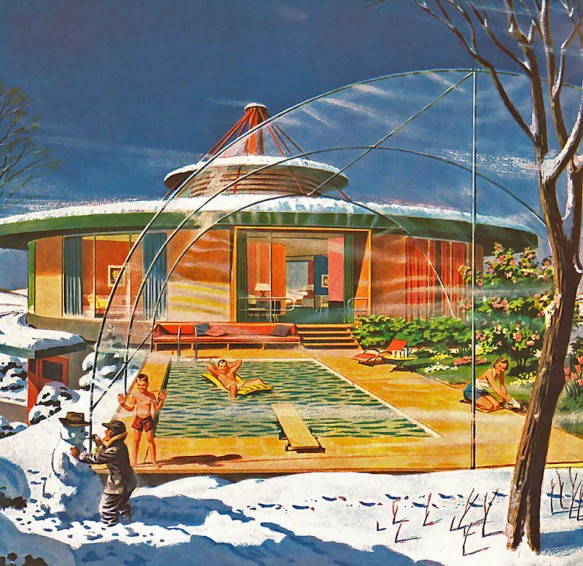 What is the Future of Home?

We–well Graham, our founder–often gets asked to present on the subject of LifeEdited, doing more with less and the like. And we–well I, David your trusty blogger–am often charged with researching and helping to organize these presentations. Graham spoke at last week’s Visioneering conference held by X-Prize (my research being the main culprit behind the site’s mostly offline status the last couple weeks). If you’re not familiar with X-Prize, it’s an organization that offers up a bunch of money to fund big solutions to grand challenges. Visioneering is a brainstorming session to consider and prioritize what the next X-Prize challenge will be. Graham spoke on the “future of home” and was charged with throwing out a grand challenge around the topic.

In researching this topic, one thing became really clear to me: the future of housing is a really big deal, perhaps the biggest individual deal there is in terms of addressing our biggest problem. What is that biggest problem, you ask? In my opinion, it’s climate change, aka global warming.

How does all of this relate to housing? Well many believe that housing and related mobility accounts for anywhere from 40-70% of our CO2 emissions. If there were one place to focus our energies in reducing our carbon emissions, housing would be a great candidate (or we could just screw it all and go to Mars…either way).

Of course stemming housing-related emissions is not a one-size-fits all proposition. Much of the global population growth in the 21st Century is expected to happen in the urban areas of the developing world; it’ll be tough to anticipate how this growth will go down exactly and its impact on the environment. What we do know here and now is that the developed world (and the US in particular) has a totally outsized carbon footprint relative to its population–a footprint that’s largely responsible for our current quagmire and one that will prove geo-cidal if it were to continue. 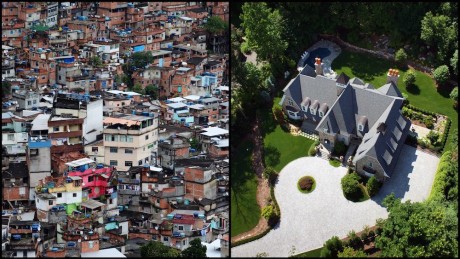 One interesting study I found used a Swiss village as a proxy for how emissions were affected by housing typologies. What it found was that a small percentage of houses created a disproportionate amount of emissions. Large homes located away from the village center–21% of the houses studied–created more than 50% of the emissions due to heating, cooling and transportation requirements.

In the global housing context, the United States is that 21% that creates a disproportionately large carbon footprint. We are the second biggest overall global producers of CO2, despite being a distant third in terms of population. The second most populated country, India, has four times the population of the US and a per capita carbon footprint 1/10 ours. China, the most populated country, has the largest total carbon footprint, but a per capita footprint that is about 1/3 ours, and a healthy chunk of that comes from manufacturing our–and the rest of the world’s–stuff.

So if there is going to be a future of home–or a future of anything–it seems pretty clear that we Americans, and to various extents the rest of the developed world, must reduce the carbon footprint of our homes. The US released 6.7M metric tons of CO2 into the atmosphere in 2013. Halving our housing related emissions (at 70%, roughly 2.3M tons) might not be the end of the story, but could be a good beginning, especially if it were to influence housing in other parts of the world. So the challenge, as we phrased it, was this:

Our grand challenge in the next 5 years is to design and bring into being attractive, cost-effective homes that bring together existing and future technologies and that will compel the developed world to live in them thereby drastically reducing their footprints and inspiring the rest of the world to go this way instead of the suburban McMansion and highway route.The challenge is also for the emerging economies to develop their version of this…a low cost, compelling way of living that is healthy and safe yet attractive enough to compete with the desire for the “Cribs” lifestyle.

A grand challenge indeed. And fortunately for us, we were not charged with providing a specific solution to the challenge. We did present a number of technologies that are addressing the challenge–from transforming architecture to thermostatic smart sensors to 3D architecture and much more. Most followed the LifeEdited ethic of downsizing, doing more with less but better, employing technology to improve efficiency and so on (note: the X Prize is not into policy-making, so these were technological, not political, solutions).

The topic and my findings were pretty overwhelming. As a species, we face a huge challenge. And we the inhabitants of the “developed” world have a huge responsibility. Our big-house dwelling, car-dependent, consumer-obsessed lifestyle will almost certainly lead the planet to environmental catastrophe if continued. If we want to stand a chance, something must change. What will that change be, I’m not sure.

What do you think? What do you think is the future of home? What technological solutions would you employ to drastically reduce our housing-related carbon footprints? Let us know in our comments section.