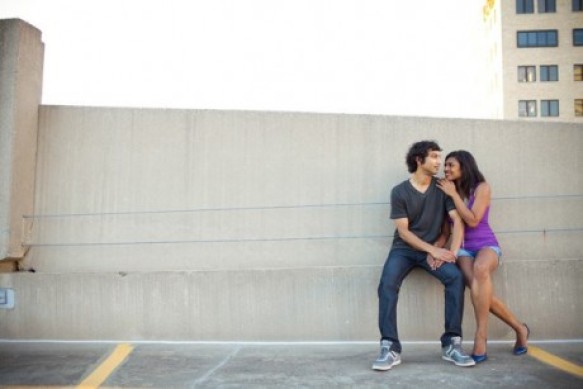 Vogue Magazine Features Story of Couple Giving Up Their Stuff

Okay, so it turned out our story about Paris Hilton adopting a minimalist lifestyle and moving into a tiny house was, in fact, not true. The picture was of Miss Hilton walking out of her $325k doghouse. On behalf of LifeEdited, I extend my apologies to Miss Hilton and all parties concerned (not Jay Shafer–he thought it was funny). As such, her tale may not be the harbinger of widespread adoption of the less is more living I thought it was. I do however have on good authority to believe the veracity of Prerna and Parag Gupta’s story. The minimalist conversion story itself is inspirational, but the thing that is most remarkable is where it appears. Vogue Magazine. That’s right, between ads for $2K Chanel handbags and Ralph Lauren’s “New Spring Looks” is a story about a couple finding happiness through simplifying and giving up most of their possessions.

The Gupta’s story follows a familiar arc (and very similar to LifeEdited founder Graham Hill’s that appeared in the NY Times). She was a tech entrepreneur, he a professor at Georgia Tech. The two lived modestly in a small Atlanta craftsman home. Prerna, who authored the essay, wrote: “Our house was in a part of the city known as Old Fourth Ward, where break-ins and vandalized cars were not uncommon—but we felt safe because we had nothing much to steal: a vintage couch we’d found on Craigslist, an IKEA footstool, an old TV.”

All that changed one day when an app the couple launched called Songify became a big hit. They had made it. Money, attention and emails flooded in. Within six months they had merged their company with a larger one and moved to the Bay Area to take jobs as high paid execs.

And of course they got stuff. “We bought and bought and bought: Persian rugs, espresso machines, decorative lamps,” Prerna wrote. They got a house with rooms they barely used. They started coveting their neighbor’s stuff.

And then something shifted. They began to fight over things like whether to get a Tesla or a Maserati. They became overwhelmed by their stuff. They realized the success they sought and all its trappings were not making them happier.

Unlike many in their position, they decided to stomp on the brakes rather speed up their lifestyle. Harkening back to a time they spent at a surfside Costa Rican resort–time spent living simply and happily–they decided to leave the jobs, ditch the stuff, live modestly, doing the work they wanted to do while traveling the world.

I won’t go into all the details of the story because you should read it yourself. To repeat, what’s amazing is the fact that Vogue chose to include it in their editorial lineup. While I’m not a regular Vogue reader, a quick perusal of their site reveals a strong predilection for consumption: urging women to get the latest fashion, makeup and so on. For them to feature a story about someone who writes about how awesome it is to get rid of most of her stuff and forgo new stuff for things she already has–it’s like a parasite that eats its host to survive (I mean this in the best possible way).

The Gupta’s tale along with a recent cover story in Time Magazine called “Minimalist Living: When a Lot Less Is More,” give good reason to think that minimalism–and perhaps our collective exhaustion from nonstop consumption–might be more than a passing trend.