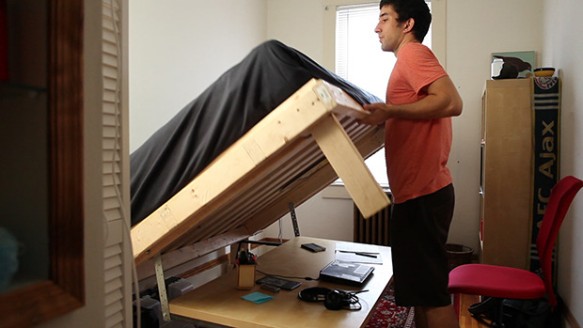 Transforming Furniture on the Cheap

While we love high end transforming furniture, we know a good deal of it falls way outside of our average reader’s furniture allowance for the year…or decade. Fear not. For those of us on more modest budgets, there are options–options greatly expanded in proportion to our facility with power tools.

A while back we looked at the DIY $275 Murphy bed. While we’re big fans of the Murphy bed design in general, it does have one drawback: The frontside must be clear before lowering. This requires that you either keep the coast clear–i.e. don’t put anything in front–or you have furniture that can easily be slid out of the way; this drawback negates some of the space saving benefits. A bed like the Resource Furniture Swing used in the LifeEdited Apartment, whose couch works in concert with the bed mechanism, better optimizes space owing to its utilization of the frontside. But again, starting around $9K, we know it’s not for everyone.

The good folks over at Treehugger turned us on to a DIY Murphy bed/desk called the UrbanDesk, ideal for people looking to save space and money. While it features a desk and some storage on its frontside rather than a couch, it still achieves the goal of milking as much space as possible in a very small footprint. 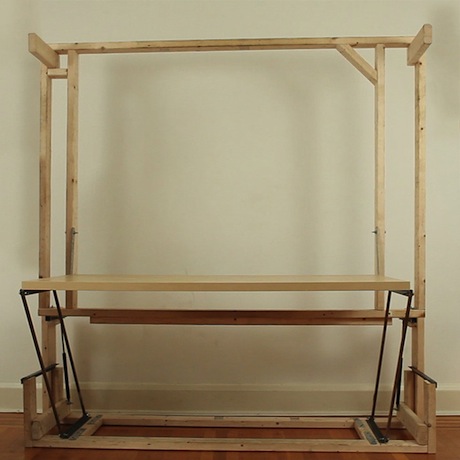 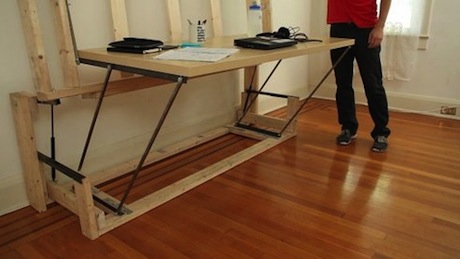 The project began as a Kickstarter project, but failed to meet its fundraising goal. Graham Phakos, the guy behind the project, said he’d post plans for anyone to build it. As yet, he has not, though we are going to petition him alongside Lloyd Alter at Treehugger to fulfill on his promise (we’ll keep you posted). 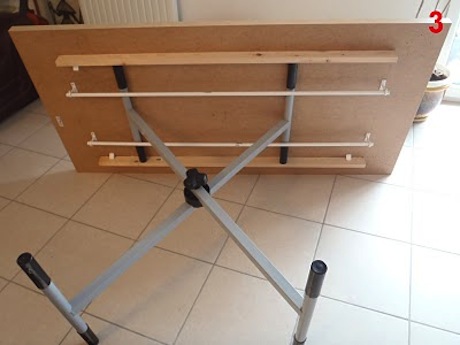 Beside a transforming bed, tables offer a great opportunity for space saving. We found this DIY convertible table on IKEA Hackers. Using an IKEA table top (they recommend a VIKA AMON, which appears to be discontinued, though there are several alternatives, from $10-100), a common trestle or keyboard stand (about $30 on Amazon) and a few other inexpensive items, you can create a table that converts from coffee to dining table in a pinch. Find full instructions on IKEA Hackers.

Whether you’re on a tight budget or a renter who doesn’t want to throw a ton of money into a temporary living situation or you just like making stuff, there are many options for making a transforming space that don’t break the bank.