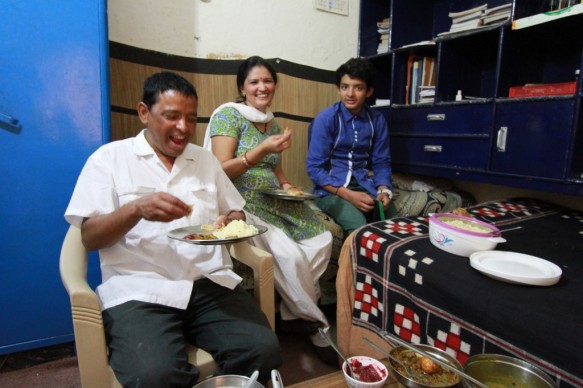 As micro housing has gained popularity in the last several years, a number of similarly titled articles have been published. The general wording is, “Could You Live in Only ___ [200, 300, 400] Square Feet ?” Inherent in this question is a world of assumptions about what is normal and livable. In the US, what is normal and livable is, for the most part, huge. The average new single family home in 2014 was north of 2600 sq ft. So when homes fall significantly short of normal people seem to think it poses an existential threat: “could you LIVE?” 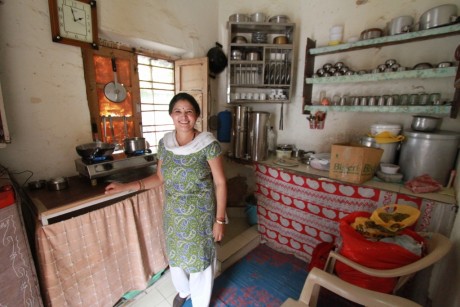 One of our favorite bloggers Johnny Sanphillippo recently visited a “normal” home in New Dehli, India. He approximates it was around 200 sq ft, shared by a family of four. No, the children were not newborns. They look like teenagers. The space consisted of two rooms–a kitchen and a bed-living-dining room. The toilet, sink and bathing areas were in an exterior courtyard and shared with neighbors. 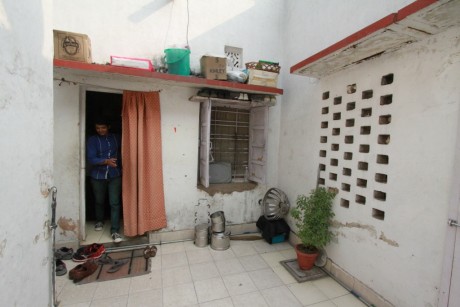 What allows this family to share such a tiny space? Transforming furniture? Nope, not unless you consider a bed that doubles as a table transforming. Sophisticated tech and design? Not unless you count a TV and a place to put your shoes outside the house as sophisticated.

There is one big thing that makes this tiny place work. It’s something Americans accumulate with profound alacrity and prevents them from living in more modest spaces. It’s the one thing, that if discarded, can make the smallest of dwellings work.

That one thing is expectation. If we expect a lot, we need a lot. If we expect less–or, better yet, free ourselves from expectations–we need less. And while it’s somewhat true that certain spaces are too small for some peoples’ needs, for the most part people fit themselves into spaces as much as spaces fit people.

If you don’t think our expectations determine our capacity to be happy in a space, consider the last 70 years of American architecture. Circa 1950, the average American household contained 3.37 people and lived in a home around 1000 sq ft. Americans expected 337 sq ft per person. Today, those numbers are 2.54 people in 2600 sq ft.–three times more space per capita than 70 years ago. These fluctuations also demonstrate how elastic and divorced from actual needs expectations are. Johnny says it well:

I know families where three or four people live in a five bedroom house with a two car garage and a swimming pool. Yet they feel oppressed by the fact that they don’t have enough space. The kitchen needs to be remodeled. The bathrooms are outdated….We all get distracted from real needs and confuse them with superficial desires.

It’s important to understand how normal this Indian family is in a global context. As Johnny explains, this family is middle class. Globally, there may be people who have more, but there are just as many who have less. The way these people live–neither too secure nor too precarious–is the way a great deal of the world’s 7B+ people live. Westerners are wont to lose perspective about how materially abundant our world is, and start thinking a third car garage is a right rather than a specious luxury.

You might think India an extreme example, but almost every country in the world has a very different–much smaller than the US–definition of what constitutes a normal home. The average new home in the UK is a little less than 800 sq ft–i.e. less than ¼ that of the average new home in the US. In Denmark it’s 1679 sq ft–that’s almost 1K sq ft less than the US, or four average Hong Kong homes worth of space (236 sq ft). In fact, there are only two countries that are remotely comparable in terms of US housing sizes. Unsurprisingly, they are Australia and Canada, two colonies established because of their vast tracts of virgin land and where much of the infrastructure growth has come about in the age of the automobile.

The point isn’t that there is a right or wrong size–though, let’s face it, most American homes are too damn big. The point is when thinking about how much space we really need to live, it’s often expectations, not physics or needs, that stand in the way of making a real reduction.