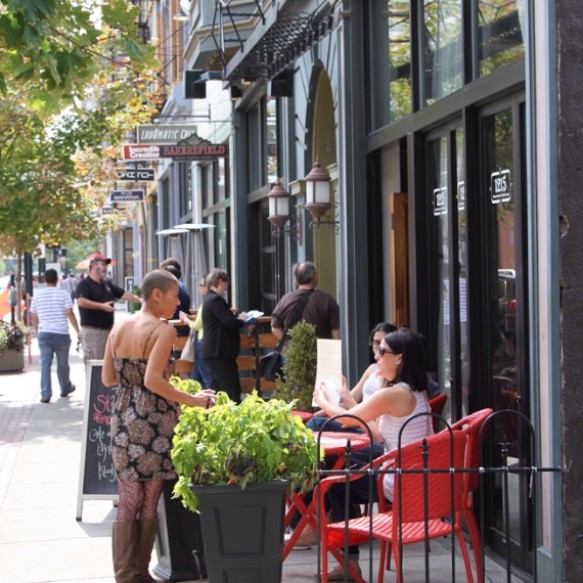 There’s an ideal we promote on this site about the perfect edited life. Here’s how it goes: live in compact apartment without much stuff in walkable, culturally vibrant city. Work and friends are just a quick walk/bike/subway ride away. Because your home is smaller, you don’t accumulate a bunch of useless stuff and there’s less to take care of, allowing you to pay attention to relationships and experiences. This way of life is greener and more fulfilling than living in a big suburban home on a cul du sac. But here’s the rub: the cities we tend to associate with walkability and vibrant cultural scenes–NYC, SF, Boston, Toronto, Vancouver and a handful of others–are, for a variety of reasons, batshit expensive. The simple, edited life becomes difficult to achieve for many because they must struggle to just get by, even if they’re living in the tiniest of apartments with nary an extraneous personal possession. This grinding way of life can make people question whether the edited life in these cities even exists. But before you ditch your walking shoes for an SUV and your apartment for a McMansion, you should consult Johnny Sanphillippo.

Sanphillippo describes himself as a housekeeper, gardener and handyman by trade, but he is more of an oracle. For the last few decades, Sanphillippo has seen where things are going in terms of lifestyle and real estate trends before they happen. Despite the fact that he’s hardly made more than $20K a year for much of his life, Sanphillippo has been able to purchase homes in San Fran’s Mission District (as part of a group), Sonoma and Hawaii. When he purchased these places, they weren’t the real estate golden children they are now (with the possible exception of Hawaii). Sanphillippo saw their good bones of these places–whether it was culture or walkability or lovely weather–and invested accordingly. This prescience is why Sanphillippo latest real estate investment in Cincinnati is so interesting. 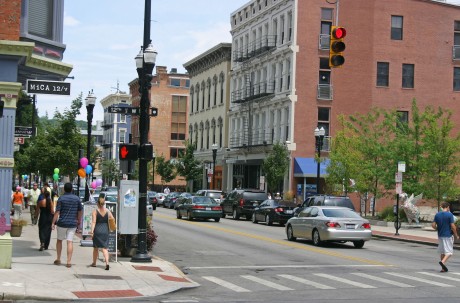 “I think of the big cities like New York and San Francisco being like a balloon,” he told me. “When you squeeze one part of the balloon, another part bulges. So if a bunch of people grab at the middle of New York or Toronto or San Francisco, it’ll push other people to edge. The problem right now is that everyone is trying to grab hold of every part of the balloon and a lot of people are seeing that they just can’t make it work.”

But he says this squeeze is not the case in second and third tier cities like Cincinnati, Pittsburgh, Louisville, KY, Philly and others that are not the darlings of the monied few. Despite their lack of glitz and glamor, he believes that these cities are very livable and attractive and that many people are realizing this. Because they were developed before the car, they offer walkable streets lined with solid, beautiful old architectural. Most importantly, their real estate values are approachable for people making normal salaries.

“If you want to stay in the New York area and want something a little bigger and more affordable than what you can get in the city, you’ll probably end up in some split level ranch house in Long Island far from everything.” Alternatively you could live in one of these second or third tier cities, which offer many of the benefits of a New York at a fraction of the price. He says that many people who initially bristled at the idea of living in a place like Cincinnati begin to see its merits after some analysis–they see the walkability, safety, affordability and human scale. “Sure, you might not have access to same super fabulous jobs as New York, but let’s face it, most people have normal jobs,” he says.

The changes in today’s workforce is one reason why these and other cities are becoming more economically viable. Many of today’s workers just need a strong wifi signal and access to a major airport to conduct business, leaving them free to live where they want. He also cautions that the super fabulous jobs in New York and San Fran–and their attendant extreme housing costs–might not always be there. If there are crashes (or adjustments) in the financial and/or tech industries respectively, the solidity of those cities’ economy might be quickly dissolved. 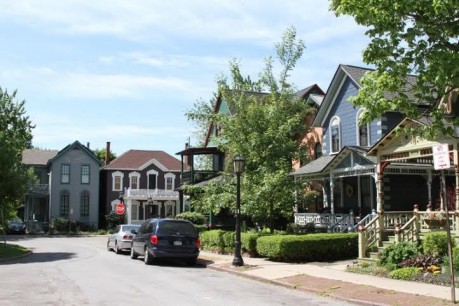 Sanphillippo presents options aside from the city centers. There are “streetcar suburbs”–areas developed between 1890-1940 that might lack the higher density of living in a city center, yet still offer compact, convenient living. He said you might not be able walk everywhere or live without a car in these places, but you might be able to go from four cars for a family to one.

He also said that people can “retrofit suburbs,” creating pockets of density in suburban enclaves, ideally with groups of other like minded folks. He says this is easiest to do in suburbs developed in 50s and 60s when car ownership was not a given for every adult. In fact, most of Sanphillippo’s top picks for places to live are inversely related to car-dependency. He said this retrofit process is not an overnight process. “It took 60 plus years to get to car dependency and it could take another 60 years to get to something else.”

If you’re looking for great places to live–or simply a fascinating blog–Check out Sanphillippo’s Granola Shotgun, where he tours the country looking for what’s next, taking pictures, talking to locals and presenting myriad options for living an affordable, urban life.