Median Development in Salt Lake City from The Kentlands Initiative on Vimeo.

Our House In the Middle of the Street

If you have ever visited Salt Lake City or other cities settled by Mormons, you might have noticed unusually wide streets. The reason is that their grids were based on an agricultural utopian plan devised by Joseph Smith and Brigham Young. The plan decreed that every street be wide enough for a loaded ox cart to flip a uey; this translates to at least four modern lanes (and often more) with widths ranging from 66 to 172 ft. While this bit of urban planning might have been great for ox-cart drivers and those they served (both constituencies having passed 100+ years ago), it didn’t lay the foundations for dense, walkable city centers. An organization called The Kentlands Initiative is proposing to find new uses for these wide lanes, adding housing and commerce to the medians of SLC’s commodious streets. 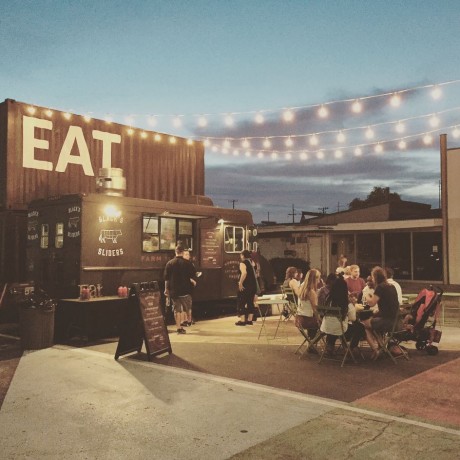 Kentlands already set up a successful popup installation called Granary Row. It featured a shipping-container housed beer garden and various shops plopped in the median of a sleepy stretch of road. They are now trying to obtain a 99 year lease for the land, facilitating more permanent structures. 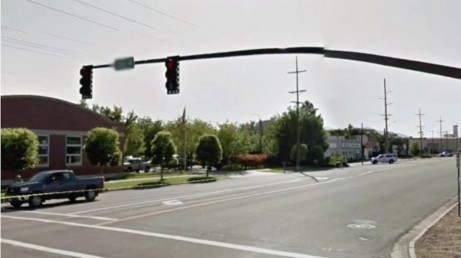 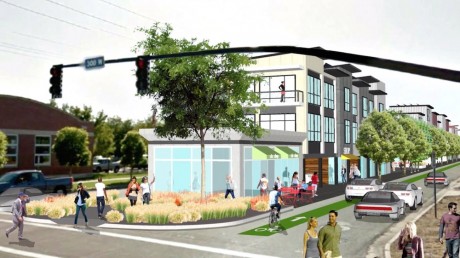 The concept, while a bit unorthodox, is kind of hard to argue with. First, they’re not eliminating any thoroughfares–merely trimming them to a size that’s proportionate to traffic to their existing traffic. Secondly, since the city owns the streets, they would be the leaseholder and directly benefit from the plan.