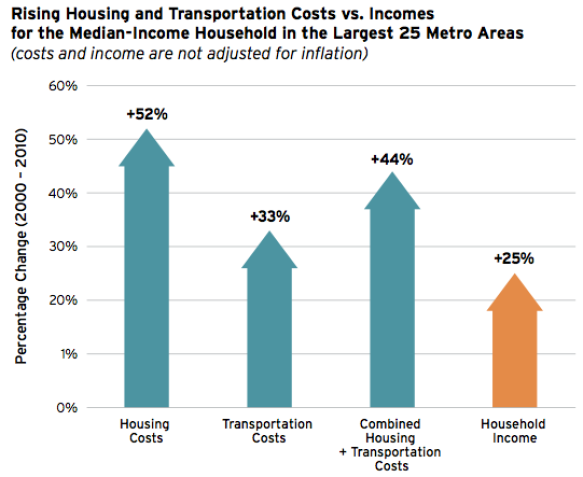 In our quest to find the best place to live an edited life in the US, we came across this chart from The Atlantic. It shows what percentage of income is spent on housing and transportation by the middle class for every major metropolitan in the United States. 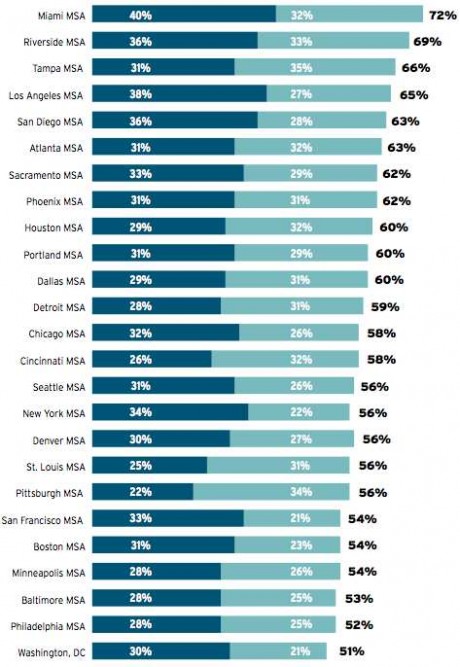 While this chart does not provide a definitive answer to our question (and of course there is no “one” answer), it does provide some useful data.

First, it looks at the middle for income; defined as people making 50-100% of median income for that city. And rather than looking at raw housing costs, it looks at housing costs as percentage of that income. So even though the average rent in the city of San Francisco is $3226, most San Franciscans use 33% of their income for housing; combine that figure with one of the lowest transportation costs in the country and San Francisco looks quite competitive in terms of affordability. Same story with New York City: High incomes in proportion to high housing costs combined with low transportation costs equal reasonable overall expenses.

On the other end of the spectrum are cities in Florida and California (San Fran excepted). Their low incomes relative to housing and high transport costs made them not-so-affordable places to live.

Unfortunately for all of the cities surveyed, the overall costs of housing and transport relative to income has gone up, as indicated in the graph at top.