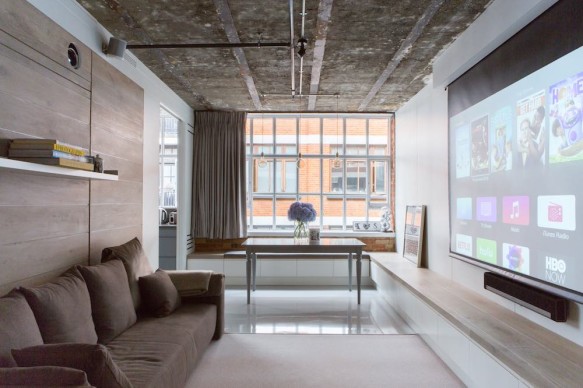 London Calling, See We Ain’t Got No Stuff

As evidenced by the popularity of his 2011 TED talk, LifeEdited founder and CEO Graham Hill is an able spokesperson for the less is more movement. Following the many talks he’s given since 2011, we have received emails reporting how those talks inspired people to simplify their lives. We received one of those emails the other day from a Londoner named Simon Clarkson. He wrote to us, “We [wife and young daughter] moved from 1400 sq feet of house into 850 sq ft of apartment.” If that wasn’t impressive enough, Clarkson reported that he got rid of a ton (or is it tonne?) of stuff in the process and incorporated many of the LifeEdited design principles into his new, edited home. He even sent us these pictures to prove it.

Simon wrote that he had always taken an edited approach to his life, but that Graham’s talk inspired him to go a bit further. Following the talk and talking to Graham in person, he went home and watched the LifeEdited TED talk with his wife, who was historically a bit less edited than her hubby. But after watching the talk, she started to come around. She confessed that there were 15 suitcases stored between her sister’s house and her parents’ house–the contents of which she had not used in years, nor could she even necessarily identify. She also admitted that she only wore a small portion of favorite garments from her existing wardrobe. She saw how she might benefit from living a life without all this unnecessary, unused stuff.

But the theorizing about living with less proved less difficult than practicing it. They set about doing a massive edit. “There were more than few Sunday’s where we started early in the morning and chose three options for any item: charity, eBay, recycle,” Clarkson wrote. “We then opened the mystery suitcases and applied the same system. The ethos was if you ‘LOVE’ the item that’s fine and as long as it will be used/worn, etc, but every item had to be used. I will say there was a point where we were both sitting in the loft space of our house and I managed to make my wife cry…it all felt like too much change.” Paradoxically, they dealt with the trauma of removal by shopping, buying T, Clarkson’s wife, a new pair of shoes she’d wear all the time to replace the 20 pairs they had just removed from their coffers.

When they decided to downsize their home, the couple called upon a friend who runs a company in London that renovates commercial spaces and whose father is an architect. They showed the friend the LifeEdited site and the short video with the first LifeEdited apartment. They then went about looking for spaces in which to inject the LifeEdited design concepts. They came across a studio apartment not far from where they already lived. The space was more or less a box, making it ideal for chopping up and inserting built-in furniture.

“People thought we were nuts buying it but we knew what we wanted to do with it and what could be possible,” Clarkson wrote. “The principle idea was three bedroom functionality out of 800 sq ft of space but a luxury feel that we would not feel cheated in any way with each function…[we wanted a] master bedroom, fully equipped kitchen, dinning table that could take 8 people, guest bedroom with direct access to bathroom, front door and storage for our suitcases (we travel a lot).” 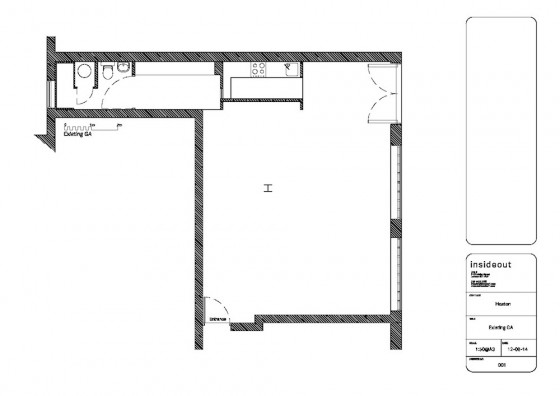 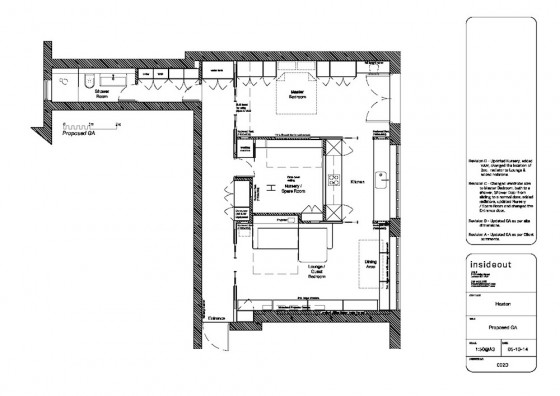 They achieved their aims by creating a central bedroom for their daughter that also acted as a division between the living/guest room on one end of the apartment and the master bedroom on the other. A galley kitchen connected the two sides of the apartment. All beds, less the crib, hide away when not in use and all the storage is built in, all serving to maximize every square foot of the space.

They expected the build-out to take 8-9 weeks, which turned into 15, necessitating a few unscheduled moves with their then newborn daughter. But in the end, they ended up with a space they were immensely proud to live in. “It was so obvious the advantages of what we had done. It’s so functional that there are little to no distractions…no list of jobs to take care of on a Saturday! The bills are lower and just completing tasks or getting out the door to do things is so much quicker.” It has also altered the way the couple shops. “Now every purchase no matter how big or small is considered much more carefully.”

Asked what he’d tell people interested in making equally major overhauls to their lifestyle, Clarkson wrote, “Be brave and once you start the process it will snowball.”