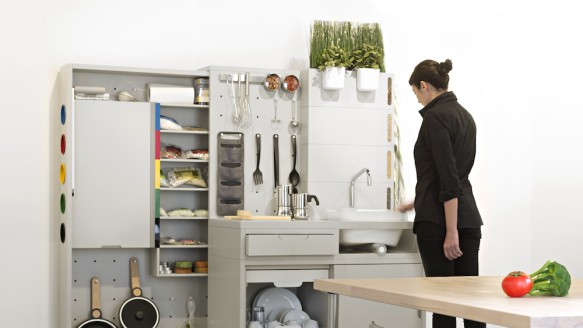 IKEA Looks Toward the Future of Food

Whatever your thoughts about IKEA may be, it’s tough to argue with their influence. With 351 gigantic stores in 46 countries, they are a force to reckon with. Given their corporate girth, it makes sense that they are thinking about the future. In a bit of prescient marketing, IKEA teamed up with design consultancy IDEO and design students at Lund University and Eindhoven University of Technology to create a concept kitchen for the year 2025. The concept is a bold move. Rather than envisioning a future characterized by boundless resources, IKEA chose to contend with the more probable future–a future where we will be living compactly in cities and have limited space, where water and energy will be precious commodities, where food prices will increase dramatically, where resource intensive meat will be replaced by “protein”, where on-demand food delivery will become the norm (see all assumptions about the future here). 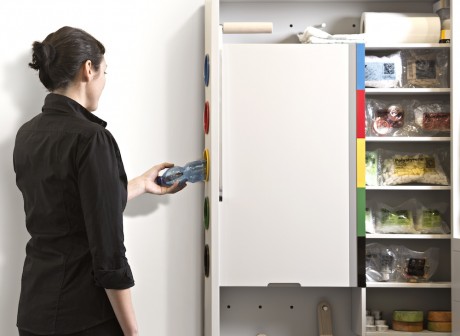 The compact kitchen features a host of innovative ideas. There’s a sink that catches organic matter from the drain; that matter is then composted and formed into pucks that are picked up by municipal waste management. Waste water is recirculated to water plants that sit on top of the kitchen unit. There’s a recycling system that will separate waste by material, then crush and scan the material for contaminants. The waste will then be vacuum packed and sealed in a bio-polymer tube with a thermo-printed label that will record what has been used and whether it can be reused. There are a host of food storage systems that don’t require refrigeration or disposable packaging. 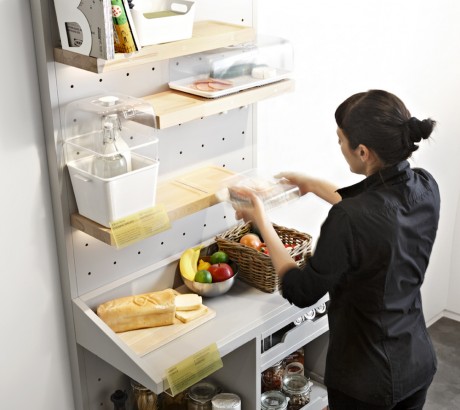 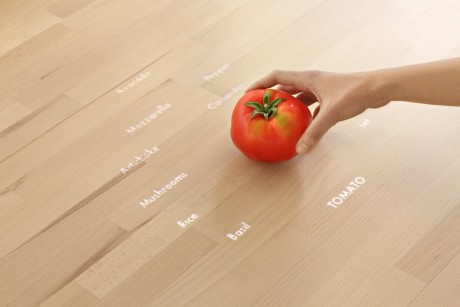 The highlight of the project is the smart table. It’s is a dining, cutting and cooking surface that will be able to identify whatever ingredients are placed on the table. It will then come up with recipes and project them onto the surface. And rather than weighing things out, a built in surface scale will measure for you.

I’m not entirely convinced the smart table is an improvement on the dumb old cutting board, but the other stuff is pretty nifty and makes a ton of sense. Overall, the kitchen is a heartening sign that mainstream corporations might be able to look at the future without closing their eyes.