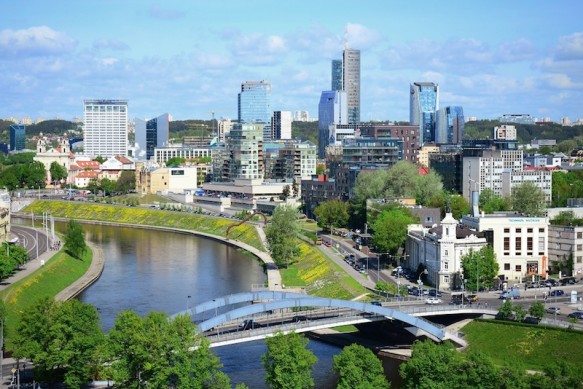 Where’s the Best Place in North America to Live an Edited Life?

An article in Curbed yesterday gave a construction update of My Micro NY, the celebrated winner of the adAPT NYC micro-apartment pilot program competition that will be ready this summer. Make no mistake, My Micro is a significant step in the right direction for giving more housing options to New Yorkers. It also might be providing evidence for why the city should lift its absurd 400 sq ft building code minimum size requirement. But as I mentioned a couple months ago, My Micro has a total of 55 units–22 of which will be set aside for formerly homeless Veterans and low-and middle-income families (I imagine it’s gonna be a tight fit for the families). The rest of the 260-360 sq ft, unfurnished units will be market rate, which in NYC means $2-3K rent–a lot of dough for a tiny apartment. The fact is its immediate impact in providing affordable housing for New Yorkers is, charitably speaking, insignificant.

The problem isn’t the My Micro developers or architects or the micro-apartment concept–it’s the city itself. The average price of a studio in Manhattan is around $2500. Want to save money in Brooklyn? Fuggedaboutit. You’ll pay $2100. And both of these numbers factor in many outer-borough neighborhoods, where prices are considerably cheaper than average. The more central, walkable neighborhoods frequently exceed these averages by large sums. To illustrate how out of control NYC housing has become, an affordable housing development in Williamsburg, Brooklyn had a lottery for its 38 available units. 70,000 application were received.

The reason I bring up New York is because in many ways it should be the ideal city to live an edited life. It is one of the most experience and relationship-rich cities in the world–who needs stuff with all these interesting folks and culture around? There are countless public spaces to augment small personal spaces. It is one of the most walkable cities in the world. It has a peerless public transit system and an increasingly awesome network of bike lanes. But in reality, it can be a brutal place to exist (an Onion article explains it well). If you have to work 60 hours a week just to afford a place to live, it’s tough to live a sane, edited life.

Lest I unfairly single New York out, it should be said that many of the most walkable, culturally diverse cities in North America have become, or are quickly becoming, out of reach to all but a select few. New York, San Francisco and Vancouver are the most obvious places where this is happening, but other cities like Boston, DC, Seattle and Toronto are seeing similar housing costs explosions.

Many proponents of space travel believe that we have a better chance of colonizing Mars than we do repairing earth. In much the same way, might it be easier to evacuate the New Yorks and San Franciscos than it is to expect things to get better?

Obviously, the aforementioned cities aren’t the end all be all in terms of places to live. Walkscore.com published an interesting list last year of affordable, walkable cities. The list errs on the chilly side, with Buffalo, Rochester and Chicago making up three of the four top spots. But the 12 cities do give some not-so-obvious suggestions for interesting place to set up camp. In fact, Buffalo was the subject of a recent Gothamist article called “Millennials are Moving to Buffalo and Living Like Kings,” giving further credence to Walkscore’s number one designation.

But we thought we’d reach out to our readers to ask them where they think the best place to live an edited life is. Here are the general characteristics that this place might possess:

What do you think? If you were to create an edited life, where would be the ideal place you’d do it? Is it where you live? Why? Is it someplace else? Why? Let us know your thoughts in our comments section.