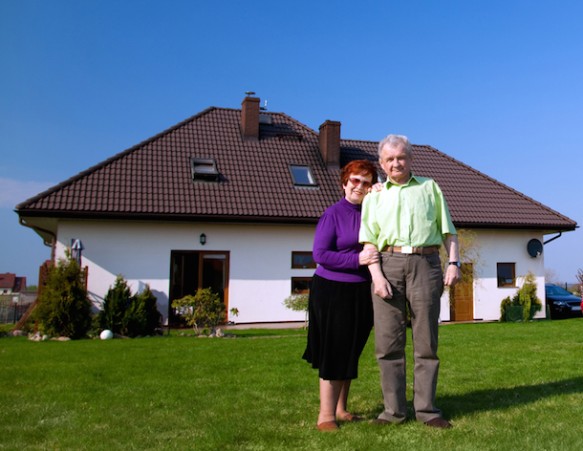 By 2030, it is estimated that there will be 33M more seniors (65+) than there are today. A majority of these seniors-to-be are currently living in big homes in the suburbs. These are homes that require physical capabilities to maintain, financial wherewithal to afford and cars to access–all things that are difficult as one’s physical and financial resources diminish, as they tend to do when we get older. The mismatch of existing housing stock and an emergent aging population (and all that goes along with that) is the subject of a recent report by Harvard and the AARP called, “Housing America’s Older Adults—Meeting the Needs of an Aging Population.”

The exhaustive report details current population demographics and where things are heading in the realm of housing. While we cannot summarize the whole report, here are a few of its key findings:

To summarize the above points, there is a rapidly growing population of older adults who today live with their kids in the suburbs in single-family homes. These same folks will be empty-nesters in the near future, leaving them with big, mostly empty homes. The likelihood of them downsizing and moving to more accessible housing based on current trends is low–at least before age 80. A high number of seniors today are cost-burdened by their homes, a trend that’s expected to continue given the increasing rates of housing and non-housing debt. Driving becomes a big issue as people get older, making car-dependent living problematic for older adults.

Not to get all bleak about it, but the report suggests a possible future with large populations of older adults stranded in the suburbs, living in needlessly-large, unsafe homes they cannot afford or maintain. The public and personal ramifications could be huge. The report says, older adults will “sacrifice spending on other necessities including food, undermining their health and well-being”; older adults will be isolated from friends and family; and “disconnects between housing programs and the health care system put many older adults with disabilities or long-term care needs at risk of premature institutionalization.”

One might assume that the large homes now occupied by future seniors will eventually be occupied by the Millennial generation, who in 10-20 years will presumably have children, careers and will want more space. Emily Badger of the Washington Post questions whether this will be the case. If current trends among Millennials continue, where centralized urban living is prized above space in the suburbs, the Millennials might end up hogging the centrally-located, amenity-rich housing, driving housing costs higher than most seniors can afford, leaving them to fend for themselves in the burbs.

We won’t suggest that we have an easy answer for this most difficult topic, but we will suggest that micro and other compact housing is one logical direction. Smaller spaces are far easier to maintain than large ones. They are often less expensive. They are often more conducive to social living as they are typically part of multifamily structures. And they are more likely to be centrally-located, obviating the need for car ownership.

The micro-housing conversation is almost invariably linked to young, single people: the ones who just got out of college and need an affordable, centrally located home; the ones who might be living with their parents and need a starter home before shacking up with a nice guy or girl; ones who work and play so much that they just need a place to sleep in between their exciting job at that startup during the day and fashion openings at night. What the Harvard/AARP report suggests is that micro-housing might be just as–or more–relevant to our growing aged populations as it is to young folks. Now it’s a matter of legislators and real estate developers to see this pressing need.