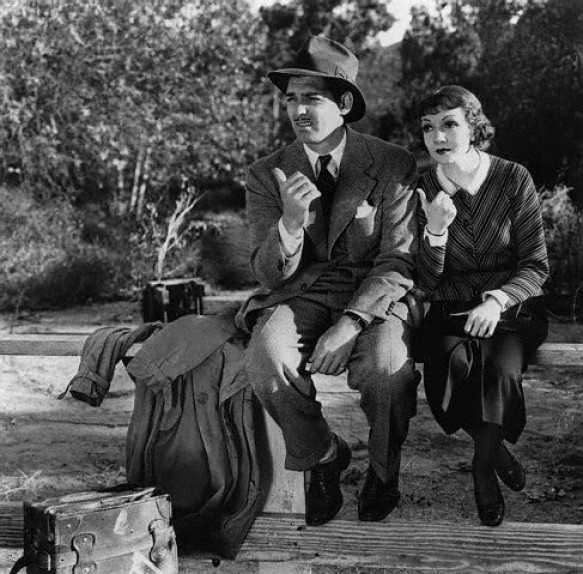 In his youth, my father’s primary mode of cross-country transport was hitchhiking. A thumb and a clean shave were the currency for a ticket anywhere.

A few well-publicized stories about rides gone wrong, the introduction of cheaper, more reliable cars for the masses and some states banning the practice more-or-less killed hitchhiking in America.

San Francisco-based Zimride has a 21st Century answer for this once-loved, now-maligned institution. On their site, people post where they are going, how many seats they have and how much money they want for those seats. Potential riders opt into the ride, which the driver accepts or not. Riders buy a seat and drivers receive the money via PayPal. A sample fare is $35 to get from LA to Vegas; this is not too much more than gas share for a similar ride. While it doesn’t seem to be the primary motivation, drivers can make a little money if they pack their cars.

There are connections to Facebook and profiles of drivers and riders in order to weed out sketchy chauffeurs and passengers alike. Motor-vehicle and criminal records are checked for all drivers.

Zimride’s other features include an iPhone and Android app for booking on the go, and a large university and corporate network, which is focused more on commuting. Midwesterners might be waiting a while for a ride as most of the rides are on one or the other coast.

Zimride has also launched a beta version of an app called Lyft, which searches for nearby non-professional drivers who are willing to give you a ride. As this is system is of somewhat specious legality, riders are expected to “donate” 80% of what they’d pay for a comparable cab ride. If they don’t honor that, drivers can flag riders as a deadbeat. A Techcrunch article reported there are about 100 drivers in San Francisco using Lyft, so it might be a while before you use it.

The average commuter car carries a measly 1.1 passengers according to a 2009 DOT study. Cars everywhere are begging to be filled, but unfortunately informal hitchhiking has acquired too much baggage over the years. And though Zimride doesn’t have that devil-may-care spontaneity of old-school hitchhiking, it does fill cars, giving people lifts to places they need to go for not too much money.

via Netted by the Webbys