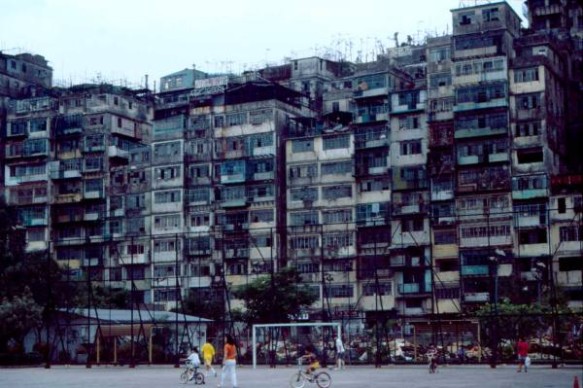 Density Atlas Asks How Many People Can You Pack in a City Block?

It’s no secret that we advocate an urban future here at LifeEdited. With a world population topping out over 7B people, cities offer the clearest route to a bright, sustainable future.

But cities are not created equally. A city’s urban density often reveals more about its resiliency than its population suggests. Dense cities can manage transportation, energy, distribution of goods and human capital better than their spread out, low-density counterparts.

The problem is that density is not a monolithic metric. It is generally measured in 3 ways:

Started by a group from MIT, Density Atlas helps you understand various city developments and neighborhoods from all of these perspectives. For example, it shows how the author’s Brooklyn home compares to the Mumbai slum, Dharavi. Brooklyn averages a respectable FAR of 5.8, has 195 DU/acre and 369 people/acre. While Dharavi has a lower FAR of 2.0, it has 255 DU/acre and a whopping 1274 people/acre. In other words, even though Dharavi’s FAR is 1/3 of Brooklyn’s, it has 24% more DU and 350% more people/acre!

We suspect the future lies somewhere between these two camps–where the efficiency and amenities of modern cities is alloyed with the developing world’s willingness to get close to your neighbor.

We’d love to hear what you think.