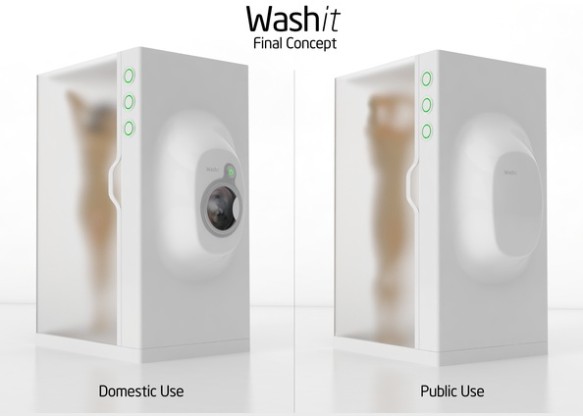 Why You Should Give a Washit

In an effort to reclaim some of the billions–probably trillions–of gallons of perfectly good water sent down the drain, a few Turkish designers created the unfortunately-named, brilliantly-conceived combination shower/washing machine/dryer Washit, which uses your filtered shower water to wash your clothes. It actually goes one step beyond most grey water systems, which will often have one-stage water recycling–e.g. using sink water to flush a toilet then onto the sewer. Washit continuously filters and reuses the same water, only replenishing when there is water loss. 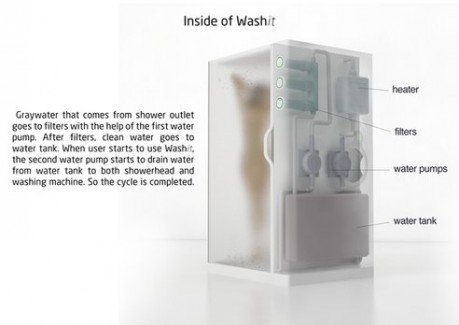 One of the more interesting ideas is the public version of the Washit, which allows people to step inside the unit, strip and load their clothes from the inside, then take a shower whilst their clothes are cleaned and dried. This would be great for airports, gyms and late-night partiers. 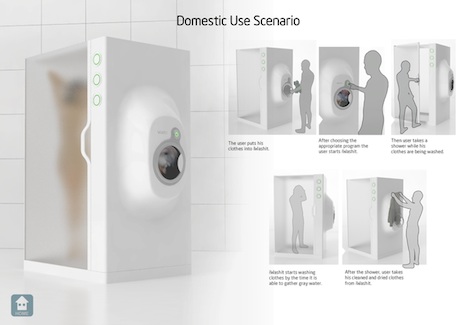 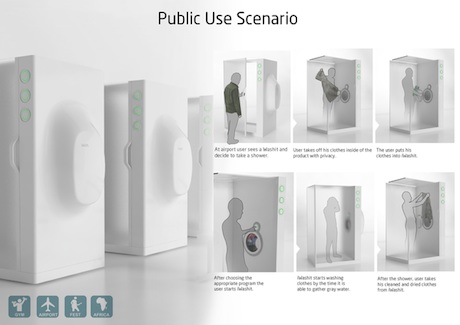 There is no indication of how long a Washit cycle is. In fact there is no indication that the Washit is ever going to make it to market, though we hope it does. Most modern plumbing systems waste both water and space. By creatively combining water-consuming apparatuses as Washit does, we can cut down on space and water waste. Now about the name….