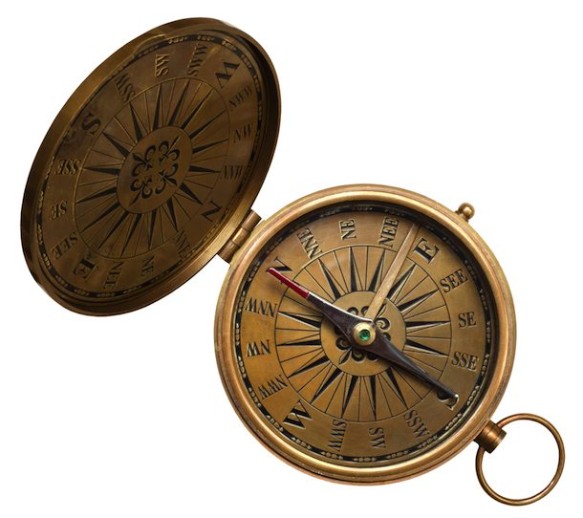 Who Am I Without my Stuff?

My paternal grandmother was born in Berlin in 1913. Her mother was Lutheran and father Jewish. Because of her mixed heritage, her family fled Germany in 1933. Her father was a serious antique collector and of the few possessions they managed to sneak out, there were a number of valuable antiques. They eventually made their way to my grandparents’ house, where I, as a young history buff, admired them. My particular favorites were a set of ornate Samurai sword blade guards (the disk between blade and handle) and some ancient bronze apothecary tools from Persia. When my grandmother died, I inherited these pieces.

Years later I was moving between apartments. I left my moving van unattended for roughly 45 seconds, and in that time, someone grabbed one box. Needless to say, it was the box with the antiques. Some people who were standing nearby saw the perpetrator moving down Amsterdam avenue and I followed. A few blocks away, I found the box. Everything was there except the antiques.

As mentioned before, I am moving to a compact home with my wife and child. In order to make this happen, we’ve had to ruthlessly edit our possessions. There have been the easy targets for editing, like the second can-opener we never got rid of after we moved in together. But as we continued, as we reduced our possessions to the bone, more difficult editorial choices arose. Suddenly, we’re contemplating letting go of mementos, old photos and heirlooms. We began to wonder if by letting go of these things, are we letting go of our history and even ourselves?

I’ve asked this question to many friends and answers vary. Most err on the side of keeping some stuff, as it acts as a binding agent to our pasts. One friend in particular says that when he handles stuff that once belonged to his mother, it rekindles his memory of her. No stuff, no memory, no history, no connection.

As for me, I have come to consider the great antique heist a blessing. At the time, they were the only things I cared about. In fact, I would have said that the thief could have stolen everything but those antiques, and I would have been less disappointed. And yet, once gone, they were not missed. Subsequent moves have been easier. I have been slower to take on more stuff, even “valuable” stuff. I still feel deeply connected to my past and grandparents, but my memories lack accessories.

While I find being largely stuff free liberating, I also understand why others would not. I understand my friend’s desire to have a physical bond with his past. Nor is this a black or white issue: you can have a few precious items and still live simply in a smaller space if you choose.

But there is a bigger question: does our stuff have the ability to shape who we are and inform us of where we came from? Or is it just stuff–perhaps older stuff, but still stuff? And if this stuff doesn’t accord with who we want to be and the way we want to live, should it be subject to a thorough edit?

Let us know your thoughts in our comments section below.