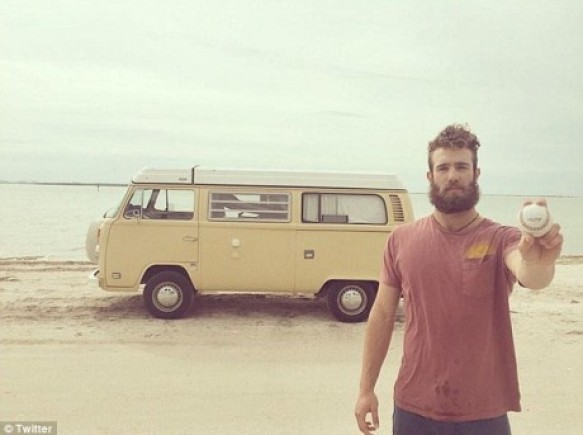 The Rise of the Minimalist Celebrity

I must admit, if my 21 year old self had received $2M to play professional baseball, there might have been a chance that I’d make a few extravagant purchases: a Porsche perhaps, a fancy apartment, etc. But Daniel Norris might be a sign of a shifting perspective toward wealth in the Millennial mind. The 21 year-old left-handed pitcher was just recruited by the Toronto Blue Jays and given a $2M signing bonus. But Norris didn’t head for the nearest Bentley dealer or David Yurman to buy a diamond-encrusted catcher’s mitt. Norris went his father’s buddy to purchase his dream car and dream home: a 78′ VW Westfalia camper he calls Shaggy (it should be noted he did bling it out with some solar panels). 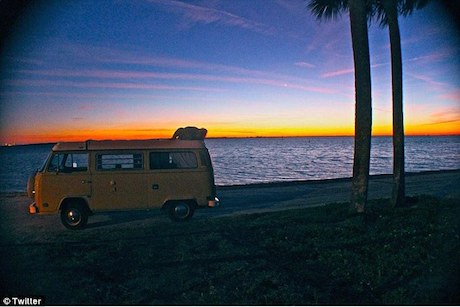 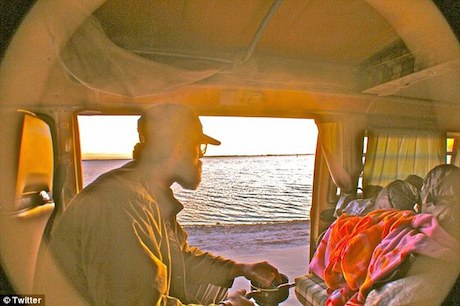 The Tennessee native was brought up with a high reverence for nature and is an avid outdoor enthusiast–climbing, mountain biking, and surfing. The van serves as his adventure launchpad.

But it’s also his seasonal home. Norris has been living out of the van on the beach during the Jays training camps in Dunedin, FL. Norris told Grind TV that living in the van was a conscious effort to keep his life simple and not let his newfound wealth corrupt his values. “In my mind there’s no need for luxury, or at least society’s sense of the word,” he told them. “I consider my life luxurious—I live on a beach with an ocean-front view, hearty meals and hot French-pressed coffee at my disposal. That’s fancy, right?”

While Norris might be an anomaly in what might otherwise still be a world dominated by the excesses available with extreme wealth, he might also be a sign of the times–with Millennials feeling increasingly weary of traditional notions of success, Norris might be the new, low-key celeb, someone who might have access to vast material resources, but feels compelled to not exploit them; someone for whom simplicity and moderation are ideals to strive for, not signs of failure.