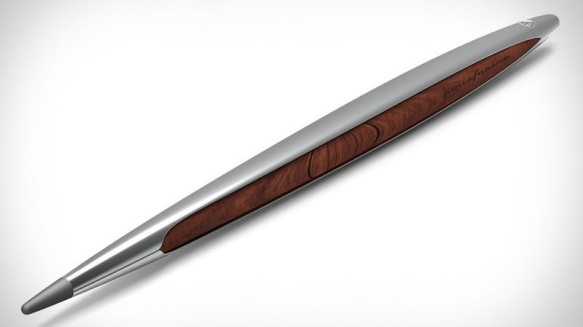 The Last Pen You Ever Buy

A new “pen” by Pinifarina–a firm best known for designing Ferraris–could just be the last pen you ever buy. The “4.EVER Cambiano everlasting writing instrument” uses something called Ethergraf. Rather than splotching ink on the page, the Ethergraf tip is an alloy that oxidizes the paper on contact, leaving writing that looks similar to graphite. 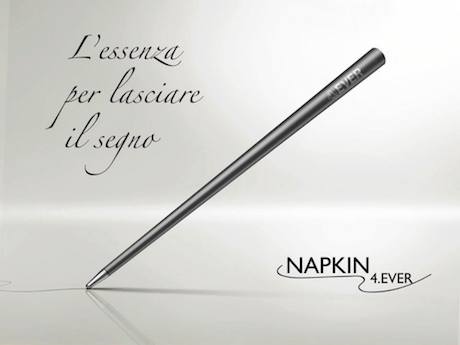 The Ethergraph tech was actually developed by Chic Trading, who has their own line of pens called NAPKIN 4.EVER (a name, we assume, sounds better in Italian). Whereas the gorgeous aluminum and wood Pinifarina pen will run you about $120, the NAPKIN will only set you back about $50. Neither sum strikes us as crazy considering: 1. many premium pens cost far more than $120, 2. assuming you don’t lose the pen (and yes, it’s very possible to have a pen without losing it), it could be one of the last pens you buy, and 3. this could be a pen worthy of handing down to future generations.

The NAPKIN 4.EVER is available now on their site or Amazon UK. The Pinifarina will be delivering in April at earliest. See their press release for more info.

This author considers himself a bit fussy when it comes to his pens (I use a Uni-Ball Vision), so I wonder about the grip, the feel of the pen on paper and whether the tip will work on a variety of papers. Assuming all of that stuff checks out, I’d gladly ditch my disposables for one of these ingenious, um, writing sticks.