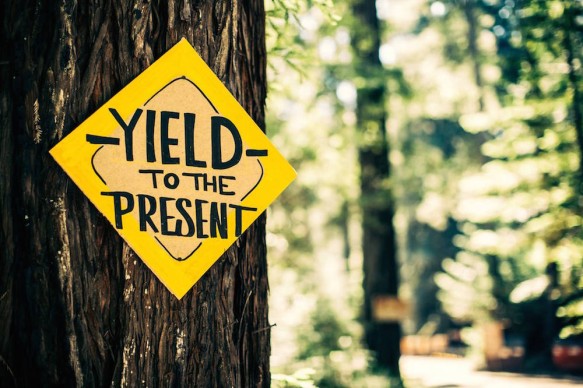 Paying for the Privilege of Being Offline

It’s no big news that we as a species are becoming ever more glued to LCD screens of all sizes–from that big monitor to our little ‘wearables.’ The occasions we find ourselves offline are becoming fewer and farther between. And while this connection has some benefits, it also has some serious hazards: we are losing our ability to connect with others, our ability to focus on one thing, it’s making us horrible drivers and so forth. For these reasons and more, people are now searching for opportunities to be forced offline in the name of defragmenting their megabyte-addled minds.

A recent Wall Street Journal article highlighted families who purposefully chose vacation spots where cell phone and/or wifi connectivity was low or non-existent, either by design or geography. According to the article, in 2014 “American children ages 13 to 17 spend nearly four hours a day online…nearly an hour more than in 2012 [and] more than half have their own smartphones,” creating an imperative to get a bit of offline time. These families chose remote vacations spots like the Black Mountain Dude Ranch in McCoy, CO, whose website promises that “kids will spend a week electronics-free.” The article didn’t sugarcoat the families’ experiences. Some of kids had problems at first with putting down their devices, but after the initial digital DT’s, people–both young and old–realized there was more to life than checking their Facebook newsfeed. 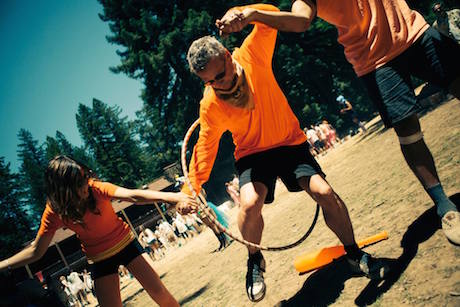 People who aren’t interested in lugging the kids should check out Camp Grounded, a summer camp for adults run by Digital Detox, a company that specializes in retreats for, well, detoxing from digital media. Camp Grounded, according to their website, is a place “Where Grownups Go to Unplug, Get Away, and Be Kids Again.” The camp promises 50+ playshops, arts n crafts, yoga, typewriters, capture the flag, color wars, meditation, swimming, talent show, camp dance, campfires, archery, rockwall, kickball, stargazing, hiking, healthy meals, sing-a-longs, face-painting and analog photography. More than what there is is what there is not: no networking, work-talk, ageism, drugs or booze, wearable and, importantly, dubstep or glowsticks (i.e. it’s not a latter day rave). Fittingly, Camp Grounded is located not too far from San Francisco and Silicon Valley in Mendocino, CA. They hold two weekend camps per summer, both starting in late May. Cost is around $600 for the weekend.

Lastly, if you’re looking for something a bit more exotic, throw yourself in the middle of the Caribbean for the digital detox in St Vincent and the Grenadines, where guests are asked to ‘de-tech’ and hand over their mobile phones and gadgets surrendering themselves to their lack of “connectivity.” It might seem like a lot of effort for something that could ostensibly be achieved by shutting down our computers/phones/tablets, but the fact is most of us don’t do that in our normal environments. It takes what it takes.