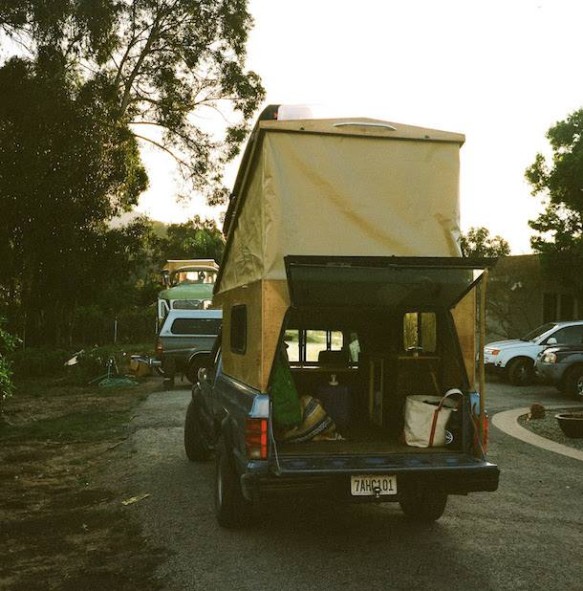 Modern Nomad Asks the Question, “Are We Meant to Live in One Place?”

For most of the 2.5 million or so years humans have been around, we have been nomads. Humans were tethered to the meanderings and vicissitudes of herds, flocks, the availability of foraged edibles and climatic shifts. People traveled, ate and lived light. Then around 10K years ago, there was an agricultural revolution. People started making land produce food that exceeded subsistence levels. People stopped moving so much. They built houses close to their crops. They created surpluses of food and some people started making stuff other than food. Those non-food producers needed a place to live, so they made villages. Those villages became cities. The cities became so crowded humans made suburbs. Surpluses became so great we made Costco…and so on.

Given that we humans spent 2,490,000 of our evolution wandering about and a mere 10K staying put, it’s not a huge mental leap to think some of our biological default settings are set to nomad. This ostensible (though far from verified) biological disposition would explain quite a bit about people like Foster Huntington.

In 2011, Huntington was working as a designer for Ralph Lauren in New York City. He decided to leave his job. He bought a camper van and has been traveling ever since. He has supported himself by writing a couple books, “Home is Where You Park It,” and “The Burning House: What Would You Take?“–both espousing the benefits of lightweight, nomadic living (the latter sharing a theme I wrote about on this site). According to Business Insider, he and some of his cadres have even created a business converting vans and buses into living spaces.

Huntington is a prolific Instagrammer, and his feed shows a life of intense and idyllic leisure, replete with beaches, gorgeous vistas, impromptu camping, snowboarding and surf trips. There are many pics of his and his cronies’ van, car and bus-based “homes.” He appears to be currently stationed with in some paradisiacal treehouse with a bunch of his buddies.

Just to save you some energy, we will preempt your critique that Huntington is young and single, and this type of living is not feasible for families. As we’ve seen on this site, families can and do live nomadically, though admittedly it’s probably more challenging. And yes, most careers wouldn’t accommodate this way of life. And sure, the 100K miles Huntington has driven leaves a carbon footprint, but we suspect it’s much smaller than heating, cooling and operating most homes, not to mention most people drive almost that much in their day-to-day lives.

If you put aside the critiques, I think Huntington shows that the good life need not be a heavily loaded one. He shows that by paring things down to the barest of essentials (a requirement for living in such a dinky space), you don’t need a lot to get by. And all that time spent maintaining our lives’ structures (the homes, the stuff, the careers) might be spent enjoying things far less serious and far more fun. And he shows that we can choose how we want to live, even when it seems like that choice might have already been made for us.

See more of Huntington on Restless Transplant and Van Life

[Thanks for the tip Robert]