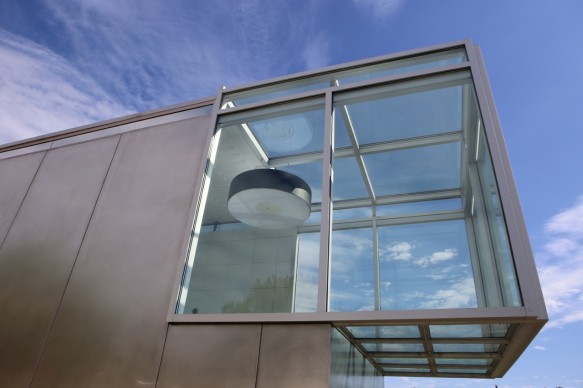 There is no shortage of innovative designs that never see the light of day. Furniture, interiors, buildings and products that are so cool in renderings and sound so cool in concept but, for one reason or another (like defying the laws of physics), never see production. These type of designs are often called “vaporware.” When we first ran across KASITA, the Austin-based prefab micro apartment whoosie whatsit startup helmed by a dude who lived a year in a dumpster, our vaporware radar flashed a little. It was too cool. Too innovative. Too different to ever see the light of day. But our assumptions may have been incorrect. KASITA revealed their prototype this last week at SXSW and even won the conference’s Innovation Award in the Smart Cities Category.

The above video shows KASITA CEO Jeff Wilson, aka Professor Dumpster, giving a tour to Macworld correspondent Caitlin McGarry. It is not a facsimile of the rendering, but it’s pretty true to concept. It has the same slick steel exterior with the unique glass vestibule. The interior, while lacking the wall tile system from the renderings, looks great. The trundle bed that slides under the kitchen is there. The place looks light, airy and totally livable. 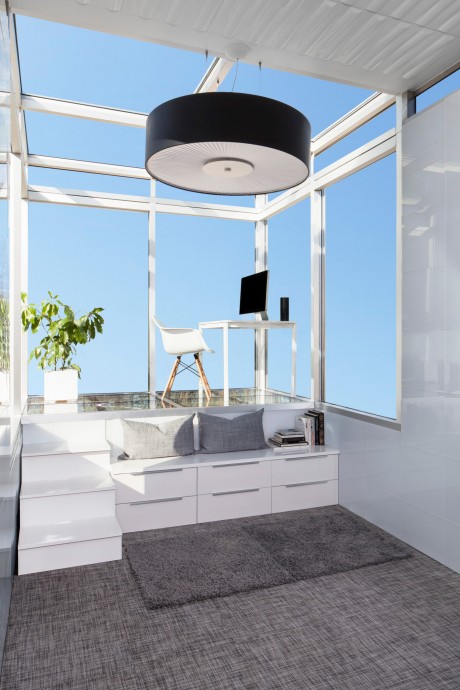 But KASITA’s mission goes beyond making some updated version of Nakagin Capsule Tower. They are out to create a product that can rapidly and affordably add housing to urban cores.

“Every aspect of KASITA–from its high tech prefabricated construction to its ability to set up quickly on discounted land–was designed to create both an amazing living experience and produce development and living costs that crush traditional site building in terms of affordability,” Wilson said.

KASITA says they are tweaking the design to get it production ready and pricing will be announced early next month. A development in Austin is slated to be built this year. We’ll keep you posted.