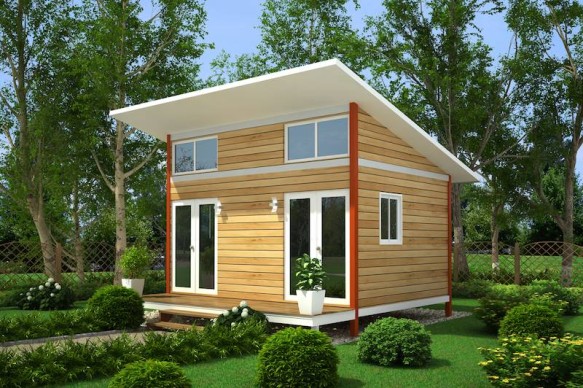 Is Portland Getting Ready for a Tiny House Revolution?

Necessity, as the saying goes, is the mother of invention. The necessity in Portland–not to mention many other places–is housing the homeless and other economically marginalized citizens. The invention is the formation of low-cost tiny house communities throughout the city to house them. Ok, perhaps they didn’t “invent” the idea per se–we’ve seen it before with Quixote Village in Olympia, WA–but doing it on the scale Portland is thinking is novel.

The conversation about creating low cost tiny house communities has been building for a while now. For the last several months, a nonprofit initiative called Micro Housing Concepts has been trying to find a home for its tiny house communities, which calls for 192 sq ft tiny houses manufactured by a company called TECHDWELL. According to TECHDWELL’s website, the houses can be built in two to four days and assembled with basic hand tools and little to no construction background. They can be made of reused and recyclable materials and upgraded with features like composting toilets and PV cells.

Michael Withey, founder of MCW, has developed a plan where 25 of the TECHDWELL tiny houses could be built on about half an acre, with each unit costing $15,000 to $35,000, sums that include land costs. He contrasts this with the Bud Clark Commons, a recent low income housing development built in Portland, which had a per unit cost of $253K.

Monthly rents at the tiny house communities would only be $250 to $350, making them affordable, Withey believes, for people making $7,000 and $21,000 per year. Withey told us that half the rents collected will go back into the micro community for maintenance and improvements while the other half would fund the next community, making them not only self sustainable, but self replicating as well.

Withey told Willamette Week that the communities are “not necessarily a homeless project,” but “a homeless prevention project,” saving people who earn small incomes from hitting the streets; though their very modest rents would likely make them accessible to homeless populations as well. Renters would not be required to furnish income verification, though they would undergo background checks and the community members, like those at Quixote Village, would have to abide by agreed upon rules.

The big news is not necessarily architectural or even economic, but legislative–this latter factor is typically the biggest hurdle to building tiny. Portland mayor Charlie Hales is reportedly “infatuated” with the idea, and his director of strategic initiatives, Josh Alpert, told the Oregonian that it’s not a matter of if the communities will happen, but when. City representatives say they are putting the project “on the front burner” and there are plans to ask TriMet, Portland Public Schools and Multnomah County to share their surplus land inventories for possible sites for the communities. The mayor’s office has also organized a task force to investigate the legal and zoning challenges of making the micro-communities a reality, according to the Oregonian.

The communities would help some of the more than 2K known homeless Portlanders, but Withey sees the them expanding to include all types of demographics, telling the Oregonian that there could be veteran, family, single mother and senior communities as well–not to mention people who might want a simple, affordable home. With their low cost, quick startup times (Alpert hopes the first micro-community can be in place by as soon as February 2015) and supportive government, it’s easy to think that the tiny house communities could quickly proliferate. We’ll keep you posted as this story unfolds and check out Micro Community Concept’s Facebook page for more regular updates.