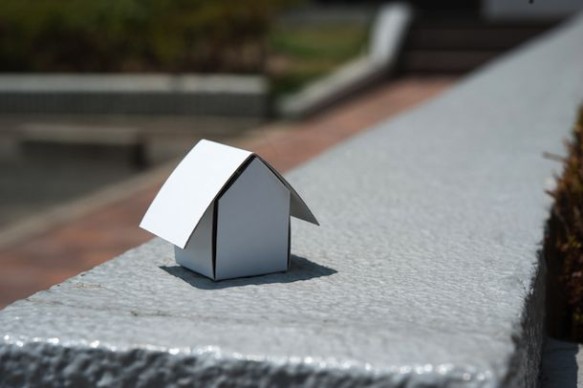 Dealing with 3 Common Roadblocks to Downsizing

Mark Twain wrote, “I am an old man and have known a great many troubles, but most of them never happened.” In other words, it’s often the trouble in our minds that cause us the most anguish. This conceit can be very true for those of us looking to downsize. We create so many stories about all the trouble that could happen when we downsize, that we fail to realize these troubles are often stories or easily surmounted challenges. We fail to realize that many people through the ages have lived happily with far less than we have, in spaces far smaller than we live in. And not only might a smaller home with less stuff not be awful, we might even like it.

That said, there are a number of oft-heard arguments that can present barriers to living a life with less space and stuff. We thought we’d present a few and ways you might deal with them.

Problem: “How many square feet is that?” Sometimes the hardest part of downsizing is talking about it. Most people can’t comprehend that living in a smaller space with less stuff could possibly be a choice. It’s something you do because you’re broke and have no better place to live.

Things become even more difficult when other people’s questioning becomes our own. We start thinking, “Are they right? Am I crazy? I need more space! I can’t live without my ______. What am I thinking?”

Solution: Don’t bring it up as an issue to people who might not understand. If you go on Tiny House chat board, people will admonish you for living in a space bigger than 250 sq ft. Most Europeans live in a fraction of the space Americans do. Not everyone has the same orientation to space, and to many (read: Americans) a small apartment or home doesn’t mean intentional downsizing, it means downgrading. Don’t get into it. Don’t mention square footage. Don’t get defensive if you do. Talk to friends who understand. Read this blog more. We support you. You’re making a choice that’s right for you!

Problem: “I need my privacy.” This is obviously geared toward people who live with their partners or families. They worry that a small space won’t afford the kind of healthy distance needed to maintain a peaceable kingdom.

Solution: Some capacity to absent yourself in your home in a non-confrontational way–i.e. not storming out of the house–is probably a good idea, but this can take shape in the form of a bedroom, separate kitchen or room divider. This room need not be big.

The problem is people have taken privacy too far. It has become expected that every family member have their own retreat where (typically) they bury their heads in their TV, computer or tablet, free from the need to relate to one another.

Most homes around the world lack room to spread out. In England, for example, the average new home size is around 950 sq ft (compared to the 2500 in the US). Though we can’t prove it, living close to the people in our lives is more beneficial to relating to others than living with a “healthy distance.” The former have to communicate and deal with one another–a dying art in the era of the McMansion.

Problem: “There’s no room for that.” We look at a small space and contrast it to our current, bigger one. We see the impossibility of fitting our existing stuff into the new space. This can apply to big stuff like furniture or small stuff like sentimental objects and clothes. It particularly applies to our kids, who seem to carry a monumental amount of stuff.

Solution: There is room for that, particularly if there is less of that. The fact is editing one’s life requires a certain amount of removal. It need not be a wholesale removal–if there are certain objects you can’t bear to get rid of, don’t get rid of them. But at a certain point, we might need to get rid of a salad spinner or the trade in our sectional couch for a love seat or do with a few less pairs of shoes in our closets.

It makes far more sense to adapt the amount of stuff to our lives than making our lives adapt to our stuff. For example, if a small home in the city is where we want to live, we might have to get rid of a number of things to make that work.

While kids do typically carry a certain amount of baggage, it’s nowhere near as much as Kids R’ Us might have us believe. A curated, culled and contained toy selection is achievable and takes a lot less space than you think.

Also it’s important to focus on the benefits of editing our lives. When we focus on the freedom of having less to maintain, buy, clean and pay for, the penalty of letting our salad greens dry on a dishcloth seem a lot easier to deal with.

Have you downsized recently? Did you face challenges from within or without? How did you deal with them? Let us know in our comments section.