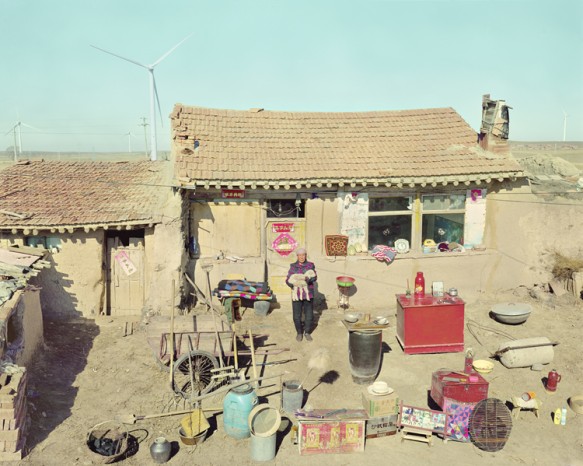 Damn, I Got a Lot of Stuff

Despite what we might believe, there is no objective amount of stuff we need to live. Sure, we might like our panini presses and iPad keyboards, but we don’t need them. And if you’re ever looking for evidence about the subjectivity of our need for stuff, look no further than Chinese photographer Huang Qingjun’s “Jiadang” (“Family Stuff”) series. The photos, taken over the course of ten years, focused on people living in rural China. They are an excellent testimony that there are many people who live without much stuff.

Similar to Peter Menzel’s “Material World: A Global Family Portrait,” and Gabriele Galimberti’s “Toy Stories,” Qingiun had people display all their possessions in one spot (some had their possessions out because they were being moved to large tower housing). Unlike Menzel and Galimberti–both of whom had cross-sections of global populations and therefore had many images of excess–most of Qingiun’s subjects had decidedly few possessions. Even the more recent photos, which had large screen TVs and cars, showed people with very little stuff.

Of course, we don’t want to romanticize the subjects. Relative poverty is the likely culprit for the sparse material possessions. That said, looking at the possessions themselves, it’s clear that the subjects stuff was informed by needs–chairs, cooking and cleaning supplies, basic furniture, farming equipment and, of course, ubiquitous TVs–less than wants, something everyone, no matter your income or nationality, could stand to do.