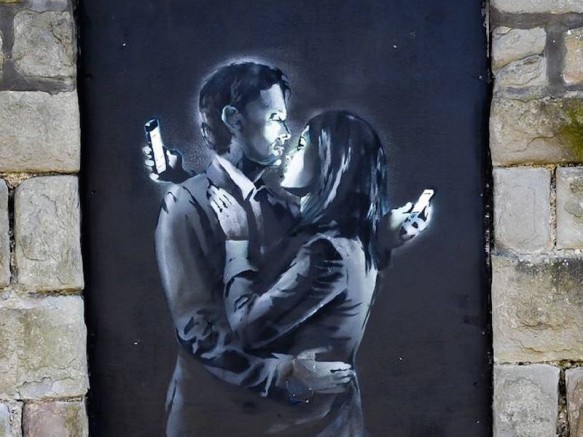 There is a new software system called Phylter developed by a group of scientists at Tufts University. Phylter is meant as an accompaniment to wearable tech, which poses the risk of non-stop notifications of texts, emails, twitter updates and the like. The software uses functional near-infrared spectroscopy to monitor brain activity, which detects whether you’re deep in thought. The system restricts notifications accordingly–if you’re deep in thought, it’ll cut off notifications; if you’re not deep in thought, it’ll send away. As said in New Scientist, you could use the excuse, “SORRY I missed your call. My brain said I was busy.”

It’s a nifty and logical idea, one that is meant to fight the scourge of multitasking. PSFK reported that a study found multitaskers “reported twice the anxiety, committed twice the number of errors, and required up to 25% longer time on a primary task when interruptions arrived during rather than in-between tasks.” As has been said, “Multitasking is the act of screwing up multiple things at once.”

But will Phylter work toward stopping our technology-aided multitasking tailspins? Speaking more broadly, can any technology effectively limit our use of technology?

My experience is no. I have tried to block out sites or web access using the Self Control and Freedom apps. I have tried RescueTime, which monitors web activity, thereby cultivating awareness of my multitasking ways. All of these systems yield the same initial enthusiasm and burst of focus, followed by a cessation of use and/or ignorance of results.

To me, using these apps feel like going on a diet where I’m always resisting the urge to do things that compromise my health and happiness. But if there’s a bag of chips in the house during my diet, I tend to eat them. Likewise, if I want to be distracted and there’s the means to do it, I am going to.

In general, the best way for me to avoid technology is by not having it–either leaving it at home (which, frankly, usually happens by accident), being fully engaged at some event or being out of cell/wifi range. The other method–the one that works most consistently and is most feasible given my professional tech dependence–is not starting down the multitasking path at the beginning of the day. Just as it’s easier for me to eat no chips than it is to eat one, it’s easier for me to never indulge multitasking than it is to reign it in.

But that’s just me. What do you think? Can certain technologies effectively combat the multitasking that other technologies often incite? Have they for you? Let us know in our comments section.