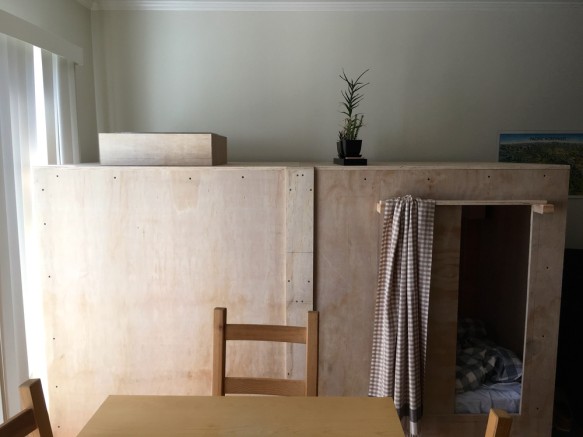 Absurd Rents Lead Man to Think Outside Box, Live in One

We always feel a little bittersweet when we run across people living affordably and microscopically in extremely expensive cities. On the one hand, it’s a testament to human ingenuity and we love gawking at their cleverness. On the other hand, it’s a bummer that people can’t simply afford a decent little place in a major city without selling multiple vital organs. As one of–and perhaps the most expensive American city to live in–few places are as bittersweet as San Francisco. And few people are as bittersweet as 25 year old freelance illustrator Peter Berkowitz, who lives in a plywood box set up in a friend’s living room. 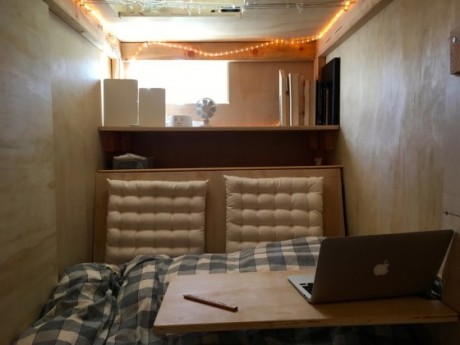 Of course we believe people should have the right to live how and where they want to–that is, within certain parameters of safety and livability. Berkowitz is no victim here. He writes in his blog:

Yes, living in a pod is silly. But the silliness is endemic to San Francisco’s absurdly high housing prices – the pod is just a solution that works for me. Many people have apartments with the space/ capacity to house another person but choose not to because there isn’t an attractive way to do so. Temporary partitions offer poor privacy, especially in terms of sound.  They also tend to ruin whatever room they’re in – you’re less likely to use your living room if it doubles as a bedroom.

There you have it.