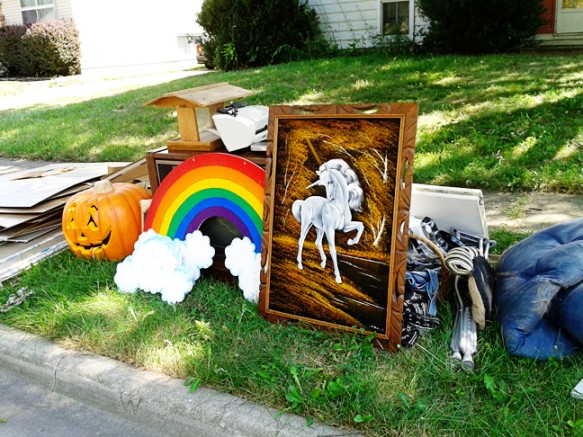 The Real Cost of Free

The other day I was walking down the street with my family, where a couple of people were handing out coupons for free premium ice cream. I like ice cream. My two year old son certainly does. I knew the retail value for this ice cream was about $6 per coupon, and here they were giving it away. It was like free money. How could I not take it? BUT, we were about to go home and feed our son; the ice cream would have likely killed his appetite and amped him up before bed. My wife and I had just finished eating dinner, and we probably didn’t need to put a dollop of sugary-frozen-cream on top of the not-super-healthy meal we had just eaten. Taking the free ice cream would have meant compromising my son’s appetite and my own and wife’s health and sanity. The ice cream might have been free, but it had costs.

Just as free food is the enemy of the health conscious, free stuff is the enemy of the minimalist. Here’s how it works: Let’s say that someone gives you a nice tent. In the years past, you borrowed a tent for the three or so times a decade you backpacked. You never needed your own. But now you have the opportunity to own one (for free!)–one whose retail value you happen to know is around $500. The tent takes on that monetary value, even though it’s a sum you did not–nor would have ever–paid. You have a hard time refusing it. If you take it, you might have a hard time getting rid of it. It’s like throwing away $500.

But do you really need it? Was it so bad borrowing a tent, even one of those with the splintered fiberglass poles? Do the advantages of ownership outweigh the hidden costs–the clutter it creates, the volume of storage it occupies? What seems like a free and benign object, when looked at as an aggregate of a larger mass of possessions, becomes a creator of chaos and clutter. As Dave Bruno so eloquently put it, “Stuff is not passive. Stuff wants your time, attention, allegiance.”

One mental hurdle with free stuff and minimal living is that minimalists, or people who are drawn to the idea, tend to prize thrift and abhor waste. This is why we don’t actively invite stuff into our lives that we won’t use or use enough in the first place. So refusing free stuff can feel like making an active choice to waste resources–even when the net effect of accepting the stuff is inconsistent with our desire to simplify our lives.

If you have a hard time refusing free stuff or getting rid of stuff you got for free, here are a few things to think about either before or after you receive that stuff: