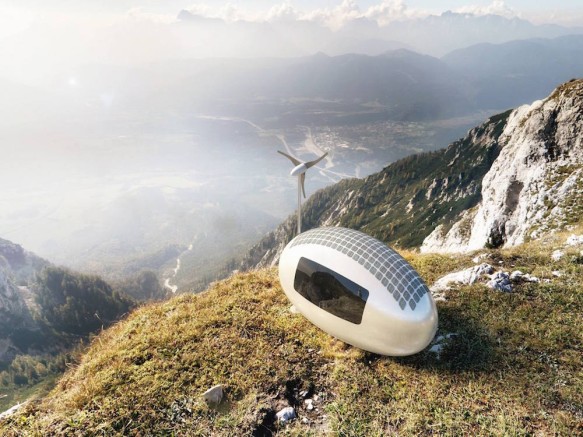 The Perfect Home for the Modern, Connected Hermit

Have you ever had the desire to escape it all? Maybe hole up in the woods or on the side of a mountain. But perhaps the traditional twig hut or cave is a bit too spartan for your liking. Maybe you want electricity and running water. And maybe you’re not into rustic decors. You want something modern, maybe even futuristic. If these are your needs, you need not look any further than the Ecocapsule by Slovakia’s Nice Architecture. 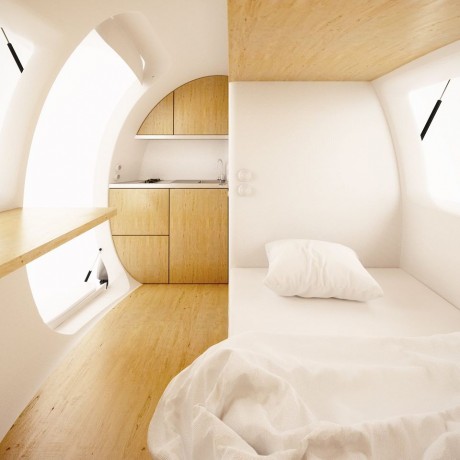 The tiny structure can go completely off-grid. The top of the egg-shaped structure has 600W solar cells and there’s a built-in 750W wind turbine, both of which are hooked up to battery so you can get power on windless nights. Rain is designed to flow along the sides of the structure and get trapped and stored in a reservoir in its base. 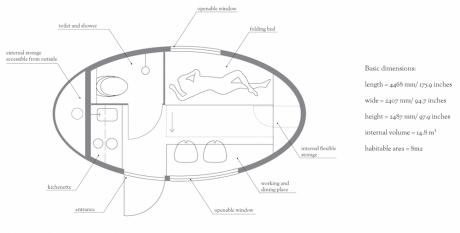 It’s got everything you need: a kitchenette, bathroom with toilet and shower, a folding bed and desk. The structure is around 14’ long and 8’ at the widest part of the egg, and NA says there’s 86 sq ft of habitable floor area. In other words, it’s damn small. 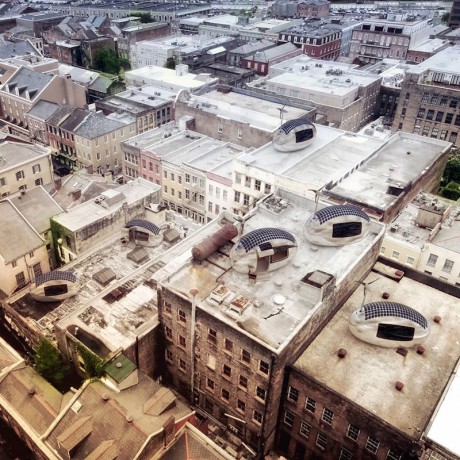 In all seriousness, this is a pretty cool little structure and would make a great retreat, even if you’re not into writing manifestos in your spare time. NA also has some renderings of the Ecocapsule on city rooftops, suggesting these could be set up anywhere you want (though connecting to sewage stacks might be tricky). And at 3300 lbs, they could be shipped from overseas and towed around relatively easily to different locations. Another very cool aspect is that it exists–at least in prototype version, which will be on display at the Pioneers festival in Vienna. NA expects to start taking pre-orders later this year.