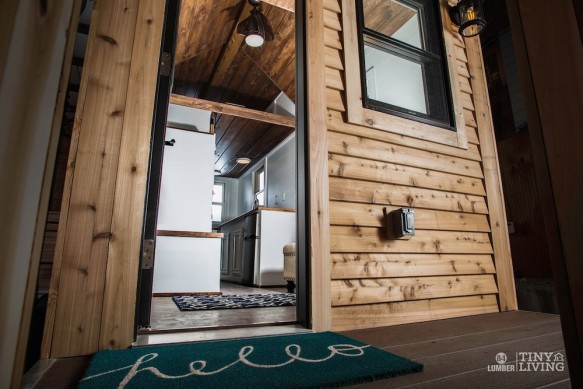 In a resounding sign that tiny living has hit the mainstream, 84 Lumber, one America’s largest building material suppliers, is rolling out (pun intended) a line of sub 200 sq ft trailer mounted tiny houses. The line, appropriately named “Tiny Living,” includes four models, varying somewhat in size and aesthetics from traditional to modern, and have prices starting at a mere $7K.

Now before you whip out your credit card, know that the $7K model is mostly a DIY affair that only includes blueprints, materials list (i.e. not the materials themselves) and a trailer with subfloor ready to build upon. Up from there is the “Semi-DIY Package” that starts at $19,884 and has a “shelled in” house mounted on a trailer along with windows, a door, a shower and blueprints and a material list for finishing the home. Their move-in ready models start at $49,884 and include a trailer, composting toilet, Energy Star-certified appliances and LED lighting. (NB: it looks like only one model, the Roving, is available to order at present). 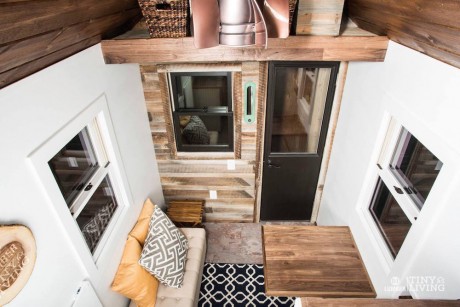 The pricing is pretty in line with most existing tiny house companies. For example, Tumbleweed Tiny Houses offer their own semi-DIY models (dubbed Barn Raisers) that start around $15K; their move in ready models start around $58K.

The models while stylish, are not especially revolutionary in terms of design. The big deal here is that a large company is treating tiny houses as a legitimate thing, something probably helped along by zoning legislation loosening up in a number of municipalities around the country. 84 Lumber’s national network and 8-10 week turnaround will surely make it easier for people that want to go tiny to do so.