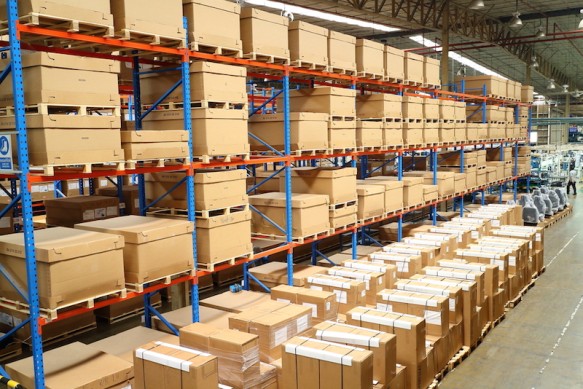 We recently reported on the remarks of IKEA’s Chief Sustainability Officer Steve Howard, who believes we may have reached “peak stuff”–that humans, for the most part, are on a downward trajectory in terms of the amount of stuff they consume. While a number of readers expressed doubt about this, a recently released study by the UK’s Office for National Statistics bolster the theory. What they found was that in 2001 the average UK citizen consumed 15 tons of material goods; this figure, according to The Guardian, included “the total amount of biomass (crops and livestock fodder, wood and fish), coal, oil and gas, metal and non-metallic minerals such as construction materials used in the UK every year.” In 2013, that number dropped to 10 tons.

The reasons for this reduction are numerous. There was a big drop in metal ore consumption as the amount of metal required to manufacture domestically-produced goods such as fridges and washing machines is far lower than in the past. The sales of things like CDs and DVDs and the equipment needed to play them has all but evaporated. Digitization of once-physical media has reduced paper and cardboard consumption as well. And overall, there’s a trend toward services (think Netflix) over durable goods (think Blockbuster, who shuttered in the UK in 2013).

The study is not without noise. Brits have been binging on cars and fashion lately. And some say that the reduction in the overall mass reduction was skewed by a reduction in heavy items like gypsum and sand, whose reduction is attributable to the UK’s failure to create sufficient housing for their population.

Dependence on foreign goods is another tricky factor. The weight of imported goods has increased from 2001 to 2013, though the study tried to factor in imported goods in their study.

33 years ago, a first generation Honda CRX got 52 MPG. Engines have become far more efficient in that time, but you wouldn’t know it. The average gas mileage for cars and light trucks is 23 MPG (a record high, but far from the CRX’s figure). The problem is that we’ve used increased efficiency to make SUVs and other large cars more efficient–rather than making compact cars more efficient.

The same thing is true of housing. Our homes have become much more efficient in the last several decades, but all that efficiency is negated because the size of the homes has ballooned.

So we are getting more efficient at making stuff, but the big question is whether we’re ever going to use that efficiency to produce less stuff better?