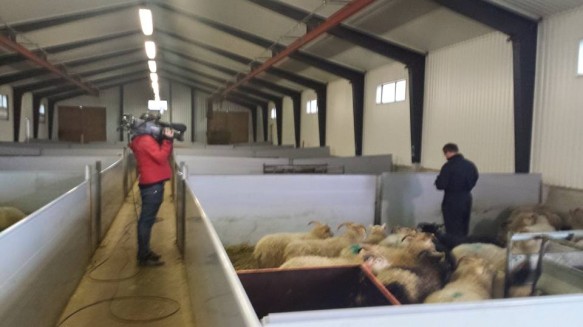 Few words sum up the current pace of modern life like the word “fast.” From processor speed to 0-60 mph automotive times to Amazon Prime package delivery, everything seems to move a lot faster than it did 10 or 20 years ago. Many would argue that it’s too fast. Everything comes at us so fast we are losing the capacity to enjoy anything. One response to this speed is the appropriately named Slow Movement, which “aims to address the issue of ‘time poverty’ through making connections.” The logic follows that it’s easier, for example, to connect with a landscape walking at 4 mph than in an airplane travelling 500 mph. The slow movement includes slow food, travel, money, travel and more. And now you can add another unlikely slowpoke: slow TV.

Iceland was heavily influenced by Norwegian television, which in the last several years has shown programs featuring wood burning and people knitting, both at 12 hour stretches, as well as a 134 hour, narration-free sea cruise from Bergen to Kirkenes. If you have 7:15 hrs to fill, check out the above silent train ride from Bergen Line traveling to Oslo.

In the age where there’s an assumption that faster is better, it’s nice to see there are still bastions of tranquility and purposeful languor.