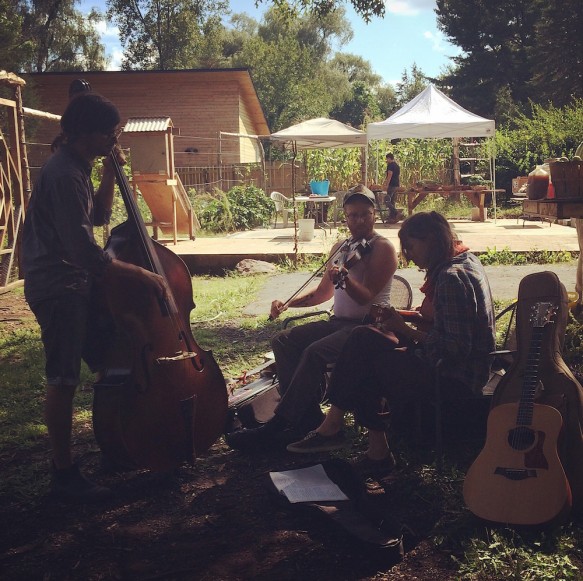 Techno-urban utopianists predict a future where people will live in plant-covered high rises that spring up like natural organisms. All transportation will be on demand. Everything will be powered by completely clean fusion power. Goods will be shared and instantaneously accessed through sophisticated technology. All of these systems will cut down our workload, leading to a happier, healthier civilization. This is definitely a direction our planet could be heading in. Then there’s the other direction. In this future our infrastructures, financial systems and climatic balances will collapse, leading to massive energy and food shortages, mass migrations and so on. Should this latter scenario come to pass, we imagine there will be a long line to join The Long Spoon Collective. Located in Saugerties, NY, LSC is a small collective that grows its own food, constructs tiny houses for free for people who want them and is trying to start an economy based on giving instead of money.

The collective’s membership stands at six at the moment. The Saugerties Times explains how the sextet came together:

The collective got its start when founder and native Saugertiesian Chase Randell, a Skidmore graduate with a master’s degree in humanistic multicultural education, became involved with the Sustainable Saugerties Transition Town group last summer. He, along with Karuna Foudriat, a former Waldorf school teacher and current divinity school Ph.D. candidate, and a group of supporters, began to grow food on a local farm….Randell and Foudriat were joined by Frank O’Leary, who knew Randell from Skidmore, and recent émigrés from New York City Jared Williams and Lala Montoya, permaculture experts who recently returned from a year in Kenya. Collective members are committed to growing their own food and living as much as possible without using money.

More than mere backup plan for the collapse of the status quo, LSC has a larger goal of addressing “issues of poverty and environmental degradation by meeting the basic need for food and shelter directly.” As such, the food they grow–much of which is grown on once-derelict farms and private gardens–is given away. 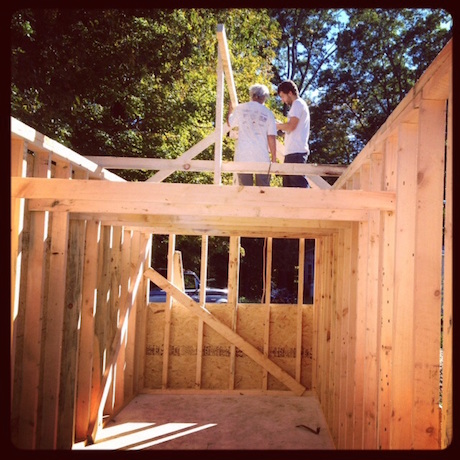 Their off grid tiny houses, which some members live in, are made of salvaged materials. They even offer to tear down unused structures on properties in exchange for use of the scrapped materials.

The members do have money coming in from the conventional economy, but their participation is a bit like Peak Oil, i.e. taking the resources of the old way while they’re still available in order to lay the groundwork for the new way. Money is directed toward things like hosting free workshops, fueling trucks to support their projects and so forth. Their ultimate goal is to transition themselves from the normal economy to the giving economy.

Saugerties is a two hour drive from NYC, which the collective sees as a big plus. The proximity gives them access to tons of people who might join the movement. Speaking of, they’re looking for more members. Head on over to their website for more info.