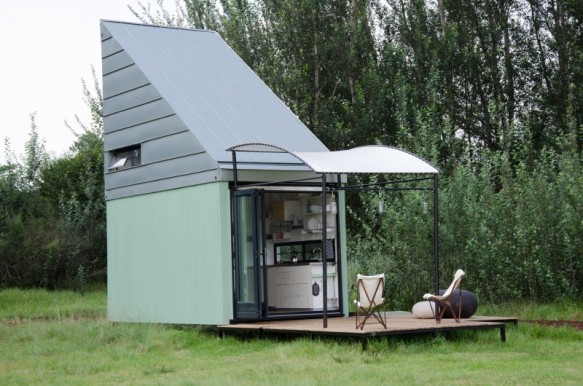 This House Will Make You Simple. In a Good Way.

There’s something very elegant about enclosed storage in small spaces. It allows all of your stuff to be hidden from view, creating a clean, clutter free aesthetic. But enclosed storage can also help you not deal with stuff, allowing it to stick around well past its usefulness date. Well, if you were to live inside the POD-iDadla micro house, you would have no such issues. With its walls covered with exposed storage, there would be no place to hide from your unused, unloved stuff. 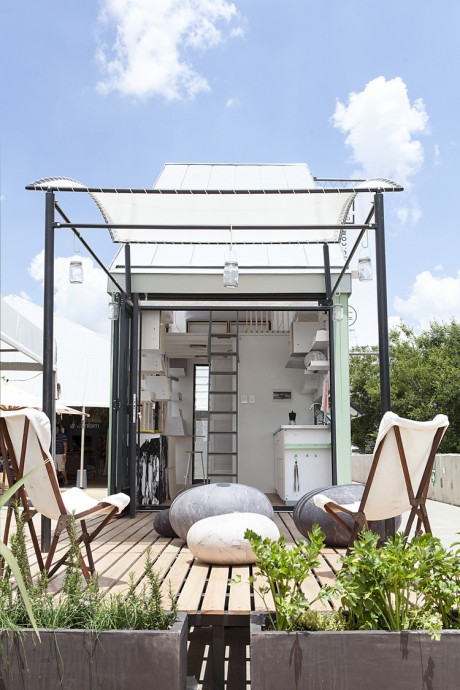 The POD is more than its exposed shelves. Similar to the NOMAD Micro Home from Canada, it was designed as a low-cost, prefab, flat-packing, easy to setup micro home. Also like NOMAD, the POD’s designer, South African architect Clara da Cruz Almeida, believes that its tiny size (185 sq ft without deck, 221 with) imposes simple living that is both beneficial for dweller and planet alike. From the POD’s website:

A simpler life will allow you to concentrate on what matters: the experience of living; it takes five minutes to clean and saves effort and time even in the daily task of cooking because everything is reached while you are standing on the same spot. If you move, from city to city, or just from Soweto to Blairgowrie, you can ultimately just move the house with you, saving time on house hunting.

The above assumes you can find a legal plot of land on which you can set it up. 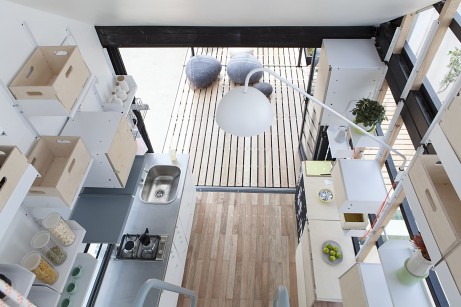 As mentioned, the POD has an elaborate interior storage system designed by South Africa’s Dokter and Misses. The semi-exposed shelves sit on steel racks and can be vertically adjusted as desired. Coupled with its high-modern touches, the shelving gives the POD a quasi space capsule look. And while the pictures show the prototype POD with largely empty storage bins, I wonder what they would like filled? 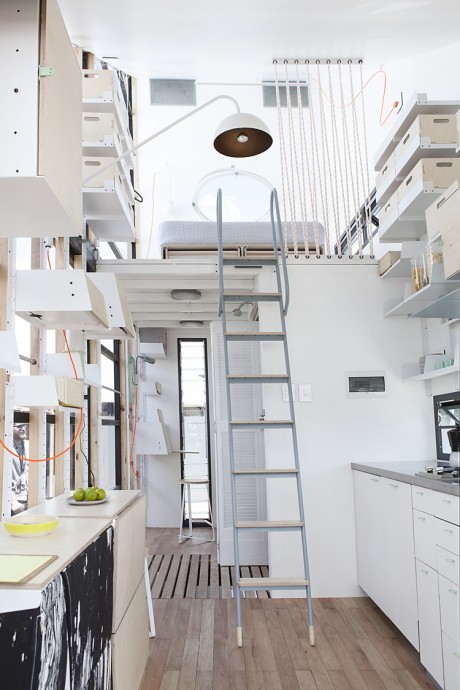 Other features include a sleeping loft and large exterior doors that open on to relatively large deck, designed to blur the lines between interior and exterior spaces. You can also attach two or more PODs to make a little complex.

Right now there is only one POD and it’s located at the Nirox Sculpture Park on the outskirts of Johannesburg. POD’s website suggest that they are working on manufacturing and selling made-to-order units in South Africa, but there is no indication as to when that’ll be.