The Fun, Mobile Path to Enlightenment

For the stressed out Luddite, nothing beats meditation. Sit down, focus on your breath and let the peace ensue. No equipment or wires–just your thoughts, breath and butt. However, for the more technologically disposed, a new product called PIP might provide a great way to still your frazzled nerves.

PIP is a tiny Bluetooth enabled gaming device that allows you to manage stress. PIP achieves this through playing games on your iOS or Android mobile devices. The games reward the physiological state of relaxation as measured by the PIP device. These games can be played solo or against someone.

While stress might be induced by a psychological reaction, the manifestation of stress is quite physiological as the PIP creators describe:

When you are in a stressful situation your body’s flight or fight response is activated. As a result, blood is rushed to the periphery of the body which causes your sweat glands to activate. This activation changes the conductivity of your skin and is referred to as the Galvanic Skin Response (GSR).

PIP measures your GSR and the games provide a fun way to bring your stress levels down. Games include “Relax and Race”–a game played with another person, where the person who “out-relaxes” the other wins the game. 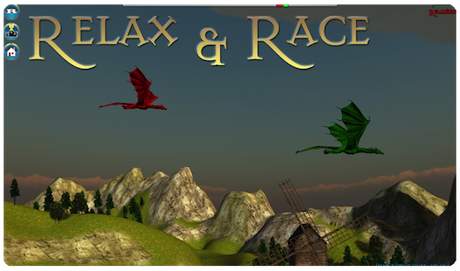 PIP is a Kickstarter project by a Dublin-based company called Galvanic. They have raised $33K of a $100K goal with 25 days left to go (in other words, if you like PIP, support them now!).

PIP might strike some as a bit overly complicated. Why not just sit and meditate to relieve stress? But for longtime and aspiring meditators alike, the act of quantifying relaxation is much easier said than done. An hour of meditation might leave us feeling more agitated then when we began.

We realize the Buddha was not staring at his Galaxy S4, playing a game with flying dragons on his way to becoming an enlightened being. That said, we suspect the state of enlightenment has a correlative physiological state that can be induced and monitored. For those of us lacking a Bodhi tree to hang out under for a few months, the PIP might be a good tool achieving that state sooner than later.