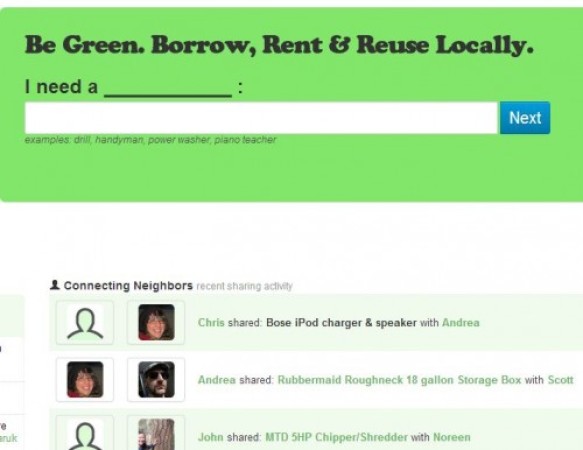 Ever wish you could wish for something and it magically appeared? The website OhSoWe attempts to make that wish its command. Site users can post their needs and/or “Shareables”–i.e. what you want or what you got–and both categories show up on a feed (you can also peruse them separately). The site hooks you up with your neighbors so you can either borrow or buy people’s stuff (including services), or give or sell them your stuff. It’s that simple.

Unlike Craigslist, OhSoWe is hyper-local and has a very streamlined user interface. Unlike Craigslist, there aren’t nearly as many users, so OhSoWe encourages users to invite your friends, which is accomplished via connecting to your Facebook profile or importing email contacts.

Like sites Front Porch Forums and NextDoor.com, OhSoWe doesn’t try to replace in-person contact, but rather uses online tools to connect people living very near you. Unlike those other sites, OhSoWe is not a free-for-all public forum; it is specifically for needs and stuff up for offer. This more singular focus and simple user interface make sharing stuff pretty easy and therefore more likely.

Have you or would you use a tool like this? Let us know in our comments section