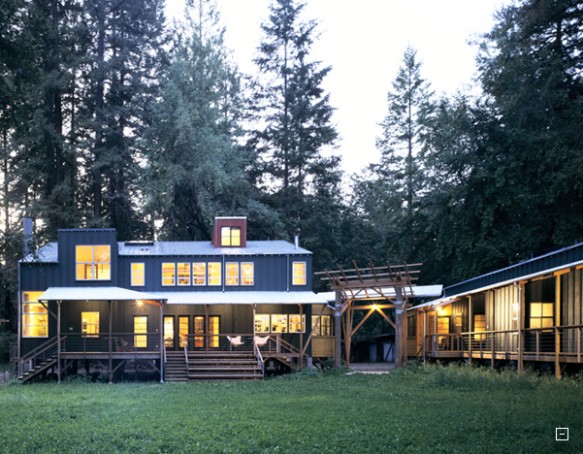 Growing Old Together and in Style

I’ve said it once and I’ll say it again: the conversation about compact, efficient housing focuses way too much on so-called Millennials and not nearly enough on the ever-increasing numbers of older adults. Last year I reported on the joint study by the AARP and Harvard about housing this population. In short, the study said that the large houses in the burbs where many American adults currently live, are going to be increasingly difficult to afford, maintain and access (i.e. driving to and from) as folks head into their sixties, seventies and eighties. There is and will be a dire need for compact, amenity-rich, affordable and social housing for today and tomorrow’s older adults. The oddly named Cheesecake Cohousing Consortium in Mendocino, CA provides one example of what that could look like. 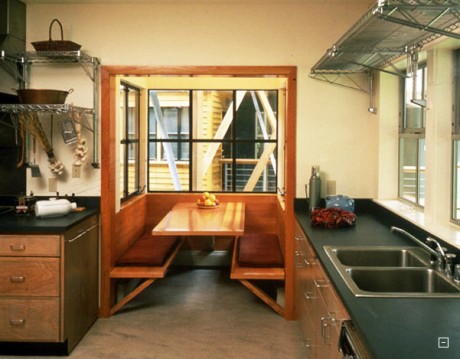 Cheesecake’s origins started in the late 80s when eight lifelong friends, in their 50s and 60s at the time, decided to build a vacation retreat that would ultimately become their retirement community. As they purchased the land and designed the space, they picked up a few more people, making a mix of single and coupled adults. The ultimate design, completed in 1993 by Fernau and Hartman Architects, features three buildings totally 5K sq ft of interior space and 3K of exterior spaces, which include verandas, dog trots, tent decks and a central pavilion. 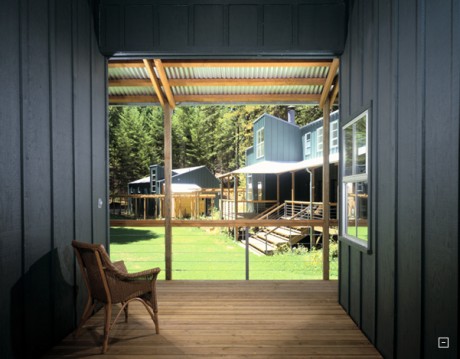 While the compound has private quarters for all members (kitchens and some bathrooms are shared), the community supports one another, as reported in a story by The Monthly in 2004. For example, when one community member became seriously ill, the others chipped in to perform her chores. As the woman put it, the community members “let me off the hook with love and compassion,” going on to say that she didn’t “have the words to express what that means to me” (the member has since died).

The NY Times has written about the Cheesecake Consortium a couple times: once in 1994 following its opening and then nineteen years later in 2013. In the latter article, they reported that seven of the original members are still there (the aforementioned woman being the only death). The piece doesn’t sugarcoat the experience of living together. One 84 year old member said, “When it’s good, it’s so good…And when it’s bad, it’s so bad, the angst and argument we have with each other. But we have a conviction to work it out—and we will.”

The Times also got into the expenses of living there, reporting that “buying into the community costs about $25,000 upfront, plus a continuing $500 monthly fee and an $11 daily charge for food staples, electricity and Internet use”–a pittance of what it cost to live in most assisted living homes.

Contrary to popular notions, the AARP/Harvard report found that most older adults do not move out of their homes when they can no longer maintain them. Instead, because of the costs and burdens of moving, they stay put, often becoming increasingly isolated as well as cost and physically burdened by their upkeeps. If more sensible, transitional, social–and let’s face it, beautiful–housing like the Cheesecake Consortium were available, we imagine many older adults later years would be a bit more golden.