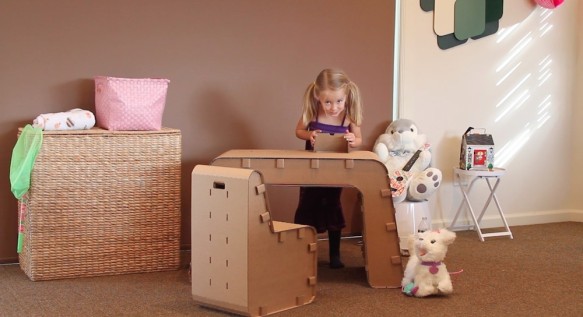 Furniture You Can Feel Good About Throwing Away

A new company dubbed The Cardboard Guys is making disposable, cardboard furniture. Disposable furniture, you ask? Really? As if our culture weren’t disposable enough. Well you should hear TCG out because their idea makes a lot of sense and, strange as it might sound, is a pretty earth-friendly choice for furnishings. 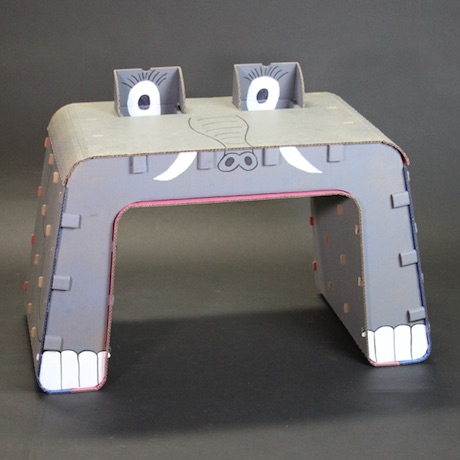 The first thing to know is that TCG are making furniture for children–a demographic known for their ability to destroy and decorate furniture in unintentional ways. By virtue of the TCG furniture’s ephemeral nature, improvised decorations are encouraged, not shunned. Kids can draw and paint on them any way they see fit. Should that artwork get tiresome, flip the panels over for a whole new canvas. 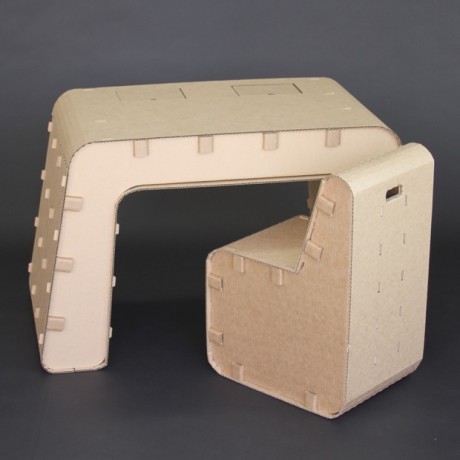 Though the furniture is made of cardboard, it’s tough. One of their chairs can hold an incredible 500 lbs–which, hopefully your child will never verify. And though it’s not waterproof, they are using a water resistant type of corrugate. “If you spill something on it and wipe it up immediately after, it shouldn’t damage the furniture,” says TCG Co-founder Jake Disraeli. He does say an untended spill might cause damage…it is cardboard.

Regarding the disposable nature of his furniture, Disraeli says, “Kids aren’t kids forever, and over time they will physically grow out of their furniture, making it temporary by nature.” Indeed, most people (at least the ones this author knows) end up buying “real” furniture at IKEA for their children–furniture that more often than not ends up in the trash or on the curb when its utility has expired–a process that is hardly earth friendly.  “Typical furniture is incredibly hard to recycle,” Disraeli says, “which is why 9.8 million tons of furniture ends up in our landfills each year.” On the other hand, TCG furniture is 100% recyclable.

TCG just launched a Kickstarter campaign to ramp up production. A $75 pledge will get you the desk, chair, an extra tabletop and an supply pack (shipping is included), with delivery expected this June.