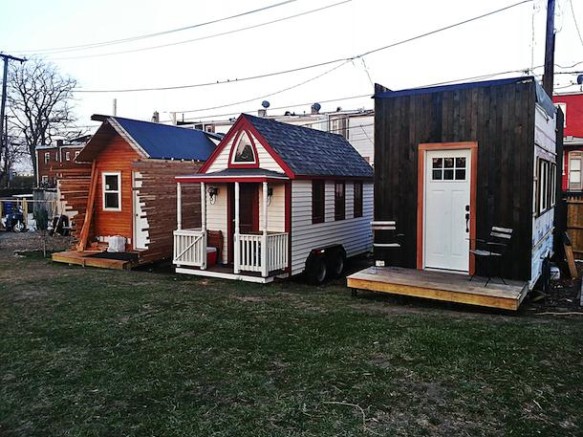 So far, BS has four tiny homes named Matchbox, Pera House, Minim House and Tumbleweed Lusby. They range from super stripped down Matchbox to the totally tricked out Minim, which won an AIA Merit Award (below). None exceed 210 square feet.

Like all great small housing ideas, it’s totally illegal. The four founders installed BS in a vacant lot hoping to attract the support of policy makers. From their site:

DC alleys could be great places to site tiny houses and this may be a possibility in the future if DC removes a code restriction that only allows habitable structures to be built on alleys with widths greater than 30 feet. Adding small units to empty alley spaces also draws on a rich DC tradition of alley dwellings and alley culture that began during the Civil War era and continued during the Great Migration, as chronicled in an excellent book, Alley Life in Washington by Jame Borchert.

While the DC alley dwelling tradition seems like a bit of scholarly gymnastics, we think the idea a good one overall. BS also represents a boon for tiny houses on the east coast, which has lagged way behind the other coast’s growth.