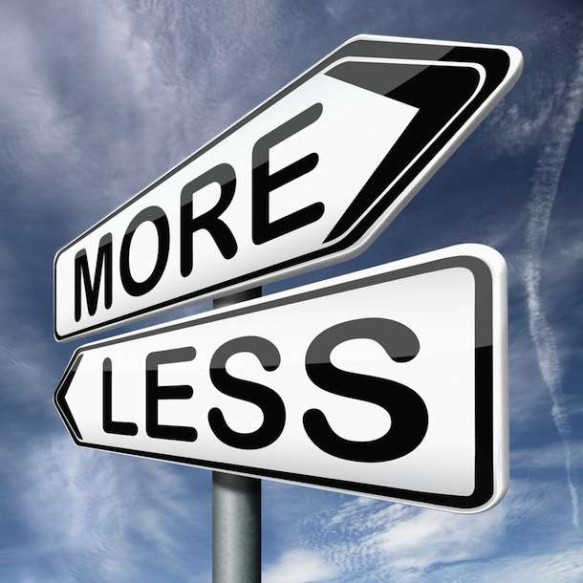 Sometimes the path of less can be a lonely one. All around us, we are barraged with messages of more: Buy more, have more, do more. Yet the way of less is path trodden by some of the best minds throughout history.

If you’re living–or trying to live–a life of “less, but better” (Dieter Rams), here are twenty quotes from notables to urge you down the road. The quotes are by the usual suspects (Thoreau, Mother Teresa) and not-so-usual (Mike Tyson, Tom Ford). If you have more quotes to add, please post in our comments section below.

More or Less Image via Shutterstock