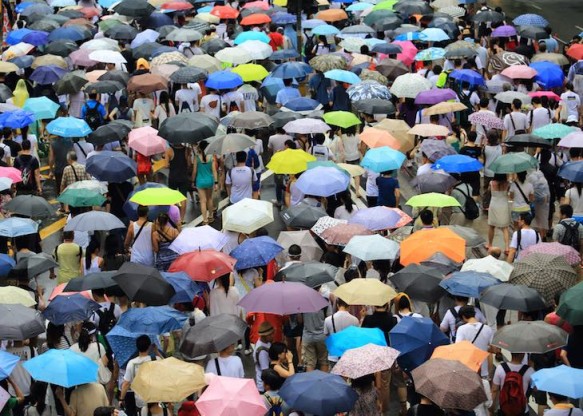 The Unbearable Lightness of Being Average

“You are not special. You’re not a beautiful and unique snowflake. You’re the same decaying organic matter as everything else. We’re all part of the same compost heap. We’re all singing, all dancing crap of the world.”

Have you had a time when you felt content with your life? A time when you had enough money in the bank, a body fit enough to get you through the day and a reasonably long life, a job that was interesting enough, a partner comely enough, friends interesting enough, a house big enough and a car fast enough. Nothing needed to change….until…you found out someone had a lot more money than you, was fitter and more attractive than you, had a much cooler job, had a much hotter partner, had far more interesting friends, had a much bigger (or perhaps for our readers, smaller) house and had a super fast car (ultra-efficient, no less). All of a sudden, you were discontented. Maybe you didn’t put state it as such, but deep down you felt deeply, profoundly average. But if we are to believe writer Mark Manson, average is not grounds for despair. In his brilliant essay “In Defense of Average,” he lays out a compelling argument for how we can be both average and extraordinary. 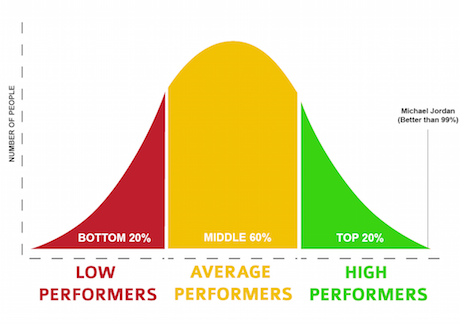 Manson starts with the cold, hard, somewhat obvious truth: statistically speaking, the vast majority of us are going to be average. He uses the bell curve to illustrate this point, stating that in any domain there are small populations of extremes: the high performers at one extreme–the Michael Jordans of basketball, the Warren Buffetts of finance–and low performers at the other extreme–the Mickey Roonies of basketball (I’m assuming), the 50 Cents of finance. In the middle is you and me–the great, average masses. Sure, we might be above average performers in some domains, and below in others, but for the most part, we populate the wide middle section of the curve, hitting neither high nor low in many, or perhaps any, domain.

This averageness can be grounds for despair, lamenting how we can’t live up to the performance of the high performers–a population that is, by its very definition, tiny (funny how we rarely rejoice that we aren’t the low performers). Or it can be a liberating realization, one that inspires us to accept statistical truths, that we may never be ungodly rich, dropdead gorgeous, hyper-intelligent, ultra-fit or extraordinary in almost any domain we desire to excel in. It’s not a personal thing. It’s just the law of averages. But it is a place we can learn to be happy and fulfilled.

Manson explains that the expectation of high performance is to some extent a recent phenomenon, one exacerbated by the internet. He writes:

Therefore the only [online information]…that break through and catch our attention are the truly exceptional pieces of information. The 99.999th percentile….All day, every day, we are flooded with the truly extraordinary. The best of the best. The worst of the worst. The greatest physical feats. The funniest jokes. The most upsetting news. The scariest threats. Non-stop.

Through repeated exposure, this becomes our expectation of ourselves. As Manson puts it, “exceptional” has become the new normal. But exceptional is exceptional–it’s the thing that happens to few, rarely. Meanwhile, most of life is average for many, often. Even many people who are extraordinary in one arena are horribly average or below average in others–juxtapose Tiger Woods’ golf prowess with his relationship skills.

Not only that, but the online highlight footage doesn’t even accurately portray high performers. Manson writes, “We are not exposed to those years of practice. Or those hours of drab and failed footage. We’re merely exposed to each person’s absolute finest moment–possibly in their entire lives.” Not featured are the clips showing the states that precede high performance: low and average performance (Ira Glass did a wonderful talk on this topic). Manson explains that the mindset of high performers is not even necessarily fueled by expectations of high performance. He writes:

And herein Manson explains the key to living an extraordinary, average life: “Mediocrity [a proxy for being average], as a goal, sucks. But mediocrity, as a result, is OK.” Do your best, let go of results.

Manson’s thesis is very relevant in the context of this blog. So many of the issues we write about concern our collective obsession with being exceptional. We build houses larger than we need, lust after and buy more stuff than we need, do as many activities as we can, consume as much information as we can, travel to as many countries as we can and perhaps even try to be as ultra-minimal as we can–often fueled by the desire, conscious or not, of differentiating ourselves and proving ourselves more than average. But life might be a lot easier if we stopped trying to differentiate ourselves from our fellow humans, if we embraced the average (after all, it is a state that rivals death and taxes in terms of its inevitability). The choice is ours. Life is short.