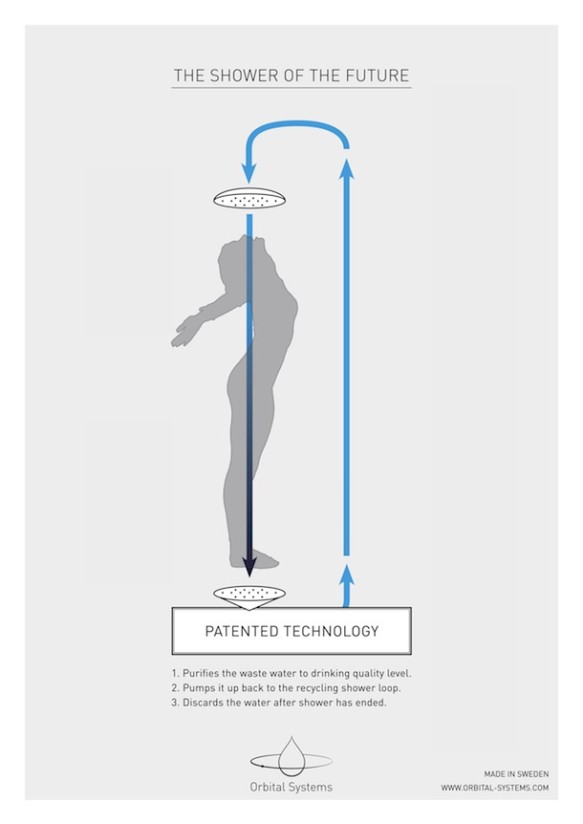 The Shower that Cleanses the Planet

Of the 100 gallons the EPA estimates an average American consumes daily (Europeans are half that), 17% is lost going down the shower drain. And the water is just the start. In most American homes, our shower water is typically sitting around all day in a gas or electrically heated tank on standby mode, waiting for our 5-15 minutes of daily rinsing. Conventional showering might cleanse our bodies, but it does little to clean the planet.

A new project called Orbital Systems wants to change that. The idea is simple: have 1.3 gallons of water that is continuously filtered and re-heated to create a virtually closed water and energy loop. Orbital claims the filtered water is higher than tap quality. They estimate the system uses 90% less water and 80% less energy than conventional showers. And because so little water is lost, the shower can emit a generous four gallons per minute (most shower heads today emit 2.5 GPM), making it more comfortable.

The base includes an easily replaced filter that is sent back to the company, which is based in Malmö, Sweden (though presumably other locations when they expand). 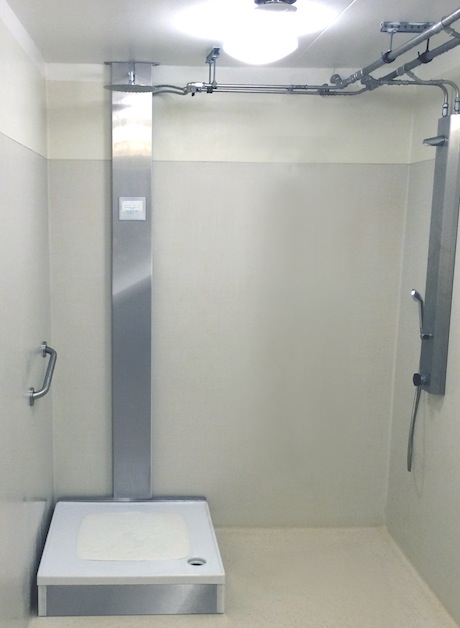 The system is still in development (a prototype pictured above). But with NASA engineers on board, big name investors like Skype founder Niklas Zennström and features in place like CNN, the project appears to be the real deal–something we can’t say about the Washit shower we saw a while back, which sought to use shower water for its attached washing machine. We look forward to using one.