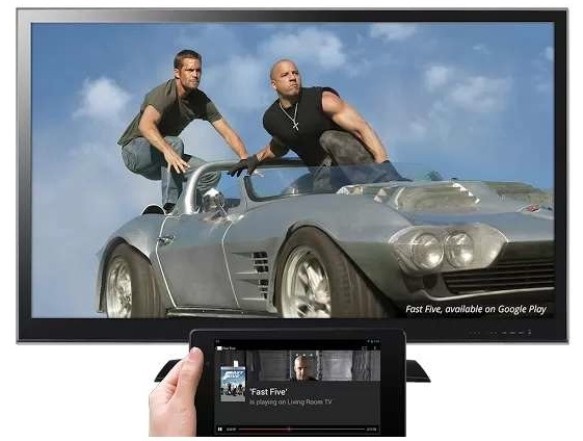 We love to watch TV and movies sometimes. But getting media from standard cable is a drag, mostly because it locks you into a steep monthly bill–not a good deal if you don’t watch the American average of 34 hours of TV per week (sad, but true).

Streaming media devices offer a great alternative to cable. They are compact, affordable and allow you watch and pay for media (HD TV and movies, web-based media, music and more) on-demand on your TV, projector and stereo (sorry, but huddling around a laptop or desktop to watch movies can get pretty old). 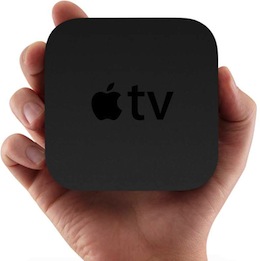 The LifeEdited apartment uses Apple TV. The small box is connected to our Apple Airport router, and through a small remote (it looks like the original iPod Shuffle) you can select and play a variety of streaming media such as iTunes, Netflix, Hulu, Youtube and many others. You can stream media from any Airplay-enabled device to Apple TV as well. For non-Apple desktop apps like Spotify and Pandora, we use something called Airfoil to stream audio from the desktop to the Apple TV which is connected to a receiver (these apps have iOS, but not Mac OS compatibility for some odd reason). The $99 device works well enough. The minimalist remote can be a drag to operate, forcing you to hunt and peck for letters when searching for a media title. There is also a 2-4 second lag between when media is sent and received. 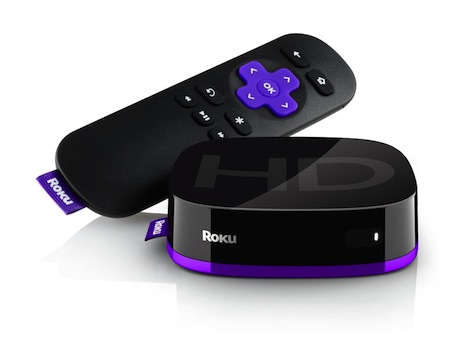 We have less experience with Roku another popular streaming media player that works much like Apple TV. The main difference being Amazon is the primary media delivery, not iTunes. This is not necessarily a bad thing as Amazon rivals iTunes in terms of its selection of media; with an Amazon Prime membership, you also get thousands of free streaming movies and TV shows (many are the same as those on Netflix). Like Apple TV, Roku allows you to stream Netflix, Hulu Plus, HBO plus (something you can only get if you subscribe to cable-based HBO, which is kinda annoying if you’re trying to get rid of cable service) and a number of other services. Big minus for iOS users is its incompatibility with Airplay. It does however allow you to stream from Android and PC. There are four Roku models ranging from $50-100. 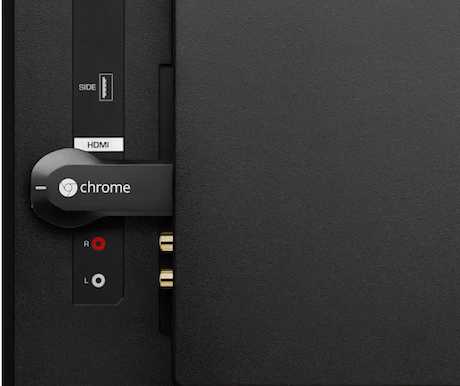 We’re pretty excited about Google’s latest entry into the streaming media world with its $35 Chromecast (shipping in 2-3 weeks). The tiny fob-like device hooks direct to any HDMI port allowing you to stream media from almost any platform: iOS, Mac OX, Windows and Android. Perhaps the best part is that instead of using another dumb little remote to get lost (sorry Apple and Amazon), you control Chromecast with your device. Unlike Apple TV and Roku, there is no AC cable, which helps minimize cable mess. Like Apple TV and iTunes, and Roku and Amazon, Chromecast tries to lock you into buying media from Google Play (you can play Netflix and Youtube as well). You can stream from your Chrome browser, though it’s unclear whether that includes browser-based video, e.g. Amazon. While we can’t guarantee this, Google’s history of open-sourcing their products would suggest Chromecast can be easily hacked to work with any streaming media services in the near future.