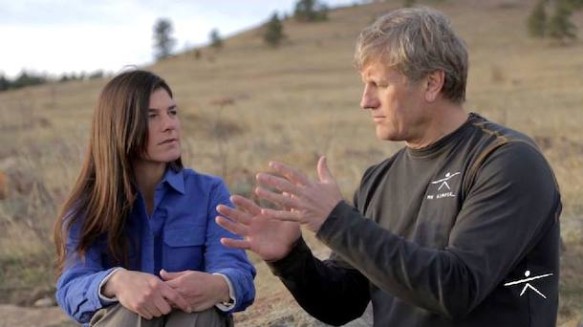 Like many evangelists, Scott Edwards was once a heathen. In this case, his heathen ways involved the socially-acceptable, hard-charging, money-making, fast-car-driving, big-home-dwelling life of a Bay Area entrepreneur. After having an epiphany in the Utah desert (they’re very common there), Scott realized that his way of life was not bringing him the joy and connection he sought. He ditched the Bay Area, the fast car and startup life and moved to his hometown of Boulder, CO to simplify and be closer to nature.

While the move proved somewhat helpful, after a decade or so he still found himself consumed by his work. He still resided in a 4800 sq ft home and felt burdened by many things that weren’t directly contributing to his happiness. In the last few years, Scott put the quest for simple living into overdrive, recently ditching the big house, the job and devoting himself to a project he calls Me Simple, which spreads the gospel (our word, not his) of simpler, more fulfilling living.

Me Simple contains articles and short videos highlighting people who have managed to simplify their lives. Many of the videos focus on people who have made time in nature an integral part of their lives. There is also a segment focusing on LifeEdited founder Graham Hill (above), and his more urban approach to creating a simpler life.

Most interesting to me was Scott’s personal journey. We see him as he makes some pretty huge life changes in the name of living a simple, fulfilled life. And we also hear about the murky consequences of these changes. His marriage of 30 years ended. He moved from that 4800 sq ft home to a 750 sq ft one he now shares with his mother. He talks about the difficulty his daughter had with the move; the home might be oversized and inefficient, but it was the only home she knew. As he write on his website, “The concepts are simple, but change can be extremely complex.” We couldn’t say it better ourselves.

Check out more about Me Simple on their website.